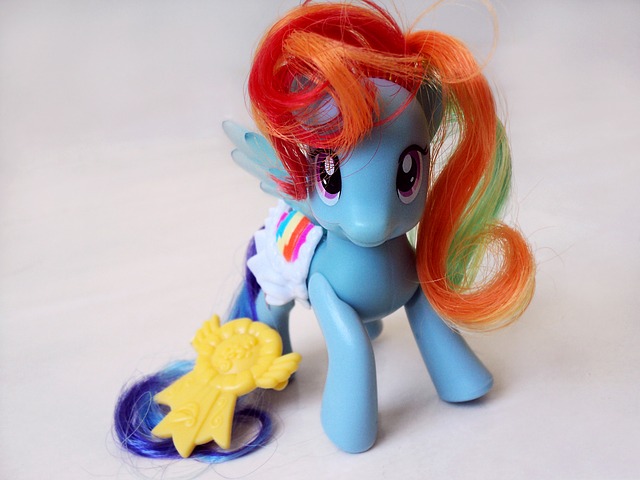 The secular media's campaign to indoctrinate children into homosexuality reached a new low last week when the My Little Pony cartoon series featured a lesbian couple in honor of LGBTQ “Pride Month.”

Comicsbeat.com reported on the final episode of the cartoon series, aimed at children aged 2-11, that featured two lesbians named Aunt Holiday and Auntie Lofty. In the episode, dubbed “The Last Crusade” which was written by Nicole Dubuc and aired on June 15, the two aunts who are the current caretakers of the orphaned Scootaloo, make it apparent that they are more than just adult guardians but are actually a romantic lesbian couple.

This implied relationship was later confirmed on Twitter by a Tweet written by My Little Pony writer and producer Michael Vogel who tweeted: “When I say ‘cute couple’ I'm saying that Aunt Holiday and Auntie Lofty are a cute couple. Yes.”

Later, in an interview with Buzzfeed, Vogel said: "My Little Pony' has always been about friendship and accepting people (or ponies) that are different from you. So it just felt like something important to do.

Nicole Dubuc, author of the episode, added: “I think it’s fantastic that we can show that what truly defines a family is love — that, to me, is the core of 'My Little Pony'.”

The whitewashing of the program continued on IMDb Parents Guide which refers to the episode as “controversial” but assures parents that “Nothing explicit is shown or talked about, but there might be some innuendos that kids won't understand.The innuendos are just the creators having a little fun. Some kissing and hugging, all harmless.”

Not everyone agrees that promoting what many believe are amoral ideologies to be “harmless.”

"It’s disturbing in every conceivable way to take a children’s program and use it for this sort of indoctrination, exposing them to confusing topics of sexuality at an age where they aren’t developed enough to deal with the complexity of such issues," wrote Elizabeth Johnston, aka "The Activist Mommy," in a Friday blog post.

A similar incident occurred a few weeks ago on the popular children’s series, Arthur, which featured a same-sex wedding.

Johnston warns: “Parents, you need to be aware of what your kids are watching, staying on top of the news about the programs they enjoy because you never know when progressives will sneak something like this into it.”