By Susan Brinkmann, OCDS Staff Journalist The press director of the Regina Apostolorum Pontifical University in Rome says a society dominated by moral relativism "fosters the spread of Satanism." 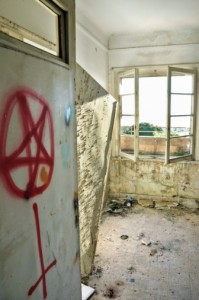 In an interview with the Catholic News Agency (CNA), Carlo Climati said Satanism “destroys those universal values that are written in the hearts of each human being.” It creates “a society that is turned on its head, in which good becomes evil and evil becomes good.” Climati recently participated in a six-day seminar in Rome on exorcism which brought together more than 60 priests as well as doctors, psychiatrists and educators to discuss the increasing interest in Satanism around the globe, particularly among youth.   Young people become captivated "by the illusion of a life that appears to be free of all rules," Climati said, and by a deceiving freedom that leads them "to a state of dependency and slavery." He went on to explain that young people are often “the victims of terrible loneliness, the lack of communication and difficult family situations.” They find the occult to be “an easy and quick fix for their problems” and they mistake it for a game. “In recent years young people have sort of been brainwashed into not being afraid of the occult world,” he added. “Certain forms of rock music could be considered ‘diabolical’ or anti-educational” and often become “a bridge between teens and devil worship,” he told CNA. He said the internet and the media are often dangerous places for “psychologically fragile young people,” who entertain themselves by practicing “rites they invent after surfing the web or after reading a book on the occult.” “Unfortunately,” he added, “sometimes they end up committing acts of violence or murder.” An increase in Satanic ritual crime is occurring throughout the world with Italy being one of the hardest hit countries in Europe. Italian police estimate that satanic-inspired homicides have doubled over the past decade. The Vatican's chief exorcist, Father Gabriele Amorth, told Newsweek that "Satanic sects are proliferating" in that country with more than 8,000  cults currently operating with a membership of nearly 700,000.  © All Rights Reserved, Living His Life Abundantly®/Women of Grace®  http://www.womenofgrace.com