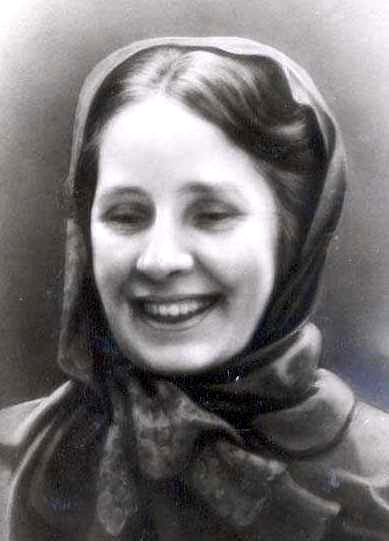 Declared Venerable by His Holiness Pope Saint John Paul II on December 20, 1999, Concepcion Cabrera de Armida (Conchita) (1862-1937), born in Mexico, into a pious Catholic family, was a married woman, mother of nine children, foundress of the five Works of the Cross and a great mystic of the Mexican Church.

Pope Francis approved a miracle attributed to Venerable Conchita Cabrera, clearing the way for her beatification in Mexico City in May 2019. In 2007, Rome’s Congregation for the Clergy wrote, “In the future, she will be of great importance for the universal Church. The spiritual motherhood for the sanctification of priests consumed her completely until she died at the age of seventy-five.”

Spending many hours in Eucharistic adoration, she received messages from the Lord regarding the priesthood. These are Church approved, and quoted in the Congregation for the Clergy’s booklet on priestly holiness and spiritual maternity. Venerable Conchita’s messages are also widely published in books.

Spiritual maternity of clergy has historical tradition in the Church and is well articulated in the Congregation for the Clergy’s publications (2007, 2013). Why spiritual motherhood? Motherhood of souls, especially of clergy souls, distinguishes itself by the essence of the term “mother” which denotes one who labors to gives birth. God invites women to labor spiritually to birth grace in the souls and ministry of Christ’s ordained ministers.

All authentic spiritual motherhood derives from the life and heart of the Virgin Mary, Mother of all priests. After the Ascension of Christ, I imagine that the Apostles and earthy Church thought of the Mother of Jesus as their cherished and necessary spiritual mother. The term spiritual mother is so much richer than a spiritual friend or sister because of the birthing process of grace won by prayer and sacrifice. As Jesus told Venerable Conchita, “The Virgin Mother did not cease sacrificing her motherly heart to the divine will of the beloved Father.”

Christ spoke to Venerable Conchita on the zeal of The Virgin Mary for the sanctity of priests:

“She was chosen from among all women so that the Incarnation of the Divine Word would be accomplished in her virginal womb. From that moment, the immaculate Virgin Mother did not cease to offer Me up to him as the Victim who came from heaven to save the world, sacrificing her motherly heart to the divine will of the beloved Father. My sacrifice on the Cross and that accomplished in her heart were one sacrifice, which continued afterwards in the martyrdom of her solitude, in the martyrdom of her memories, and the sufferings that she offered in union with me to the eternal Father.”

The Lord revealed to Conchita the vital role of the priesthood for the world, and the need for spiritual motherhood of priests.

“There are souls, who through ordination receive a priestly anointing. However, there are also priestly souls who do not have the dignity or the ordination of a priest, yet have a priestly mission. They offer themselves united to me…. These souls help the Church in a very powerful spiritual way…. You will be the mother of a great number of spiritual children, yet they will cost your heart the death of a thousand martyrs.

‘I want give my Church a powerful impulse in which I will pour out the Holy Spirit over my priests like a new Pentecost. The Church and the world need a new Pentecost, a priestly Pentecost, an interior Pentecost. I will entrust to you a different martyrdom, you will suffer what the priests undertake against me. You will experience and offer up their infidelity and wretchedness.” (Venerable Conchita quoted by Kathleen Beckman, Praying for Priests, Sophia Press, 2018)

Rooted in the family, grounded by the cross, fixed on the Eucharist, Conchita’s life was ordinary in the way that ordinary life is abundant with Christ. Here’s a note from her spiritual diary that reveals how ordinary family life is a catalyst for communion with Christ who makes all things possible.

Wife: “I remember that at the wedding banquet, when toasts were being made, I got the idea to ask him, who was my husband, to promise he would do two things for me: allow me to receive Communion every day and never be jealous. Poor soul! He was so good that many a year later, he stayed home with the children waiting for me to come back from the Church. During his last illness, he asked me whether I had gone to receive Our Lord. God must had rewarded him for this favor which made up whole life. (M.M. Philipon, O. P., Conchita: A Mother’s Spiritual Diary, Albahouse.org, pg. 16)

Mother: I wished that God would give me a daughter and not so many sons. One after the other I had three boys. After Manual the Lord sent her to me, setting her apart for Himself. She was named Maria de la Concepcion. I offered her right away to the Lord, with all my heart, that she might all His. I strove to keep her a lily until her total consecration to the Lord, as I will tell later. Some years later she has an attack of typhoid fever for forty days, and constantly hung between life and death. Her First Communion was her Viaticum. I offered her to the Lord as a bud to open up in the heavens if that was his divine will. (M.M. Philipon, O. P., Conchita: A Mother’s Spiritual Diary, Albahouse.org pg. 21)

Relative and Friend: The Lord made me go painful humiliations by my sisters-in-law. He willed that I appear in their eyes as useless and not very agreeable. No matter what I did I could never please them. This went on for many years, but with God’s grace, I managed to control myself. This resulted in my being able to forget about myself and brought me to think that I was capable of nothing neither in my relations with others, nor myself. (M.M. Philipon, O. P., Conchita: A Mother’s Spiritual Diary, Albahouse.org pg. 21)

Spiritual Mother to Priests: ‘Bring yourself as an offering for the priests. Unite your offering with my offering, to obtain graces for them…. I want to come again into this world … in my priests. I want to renew the world by revealing myself through the priests.

“The Lord told me: ‘The world is buried in sensuality, no longer is sacrifice loved and no longer is its sweetness known. I wish the Cross to reign, Today it is presented to the world with My Heart, so that it may bring souls to make sacrifices. No true love is without sacrifice. It is only in My crucified Heart that the ineffable sweetness of My Heart can be tasted. Seen from the outside, the Cross is bitter and harsh, but as soon as tasted, penetrating and savoring it, there no great pleasure. Therein is the repose of the souls, the sole inebriated by love, therein its delight, its life’” (Auto. 1,216-218).

Her Mission in the Church: “A New Pentecost through the Cross”

Venerable Conchita founded the Order of the Works of the Cross. “Being a wife and a mother was never an obstacle to my spiritual life,” she asserted. In the last conversation with her husband when he was gravely ill, she asked him, “What is your last wish in regard to me?” He replied, “That you be wholly given over to God and wholly devoted to your children.”

The Lord told her one day: “You married in view of My great designs for your personal holiness, and to be an example for many souls who think that marriage is incompatible with holiness.”

The most sublime mystical graces described by spiritual masters are not privileges confined to souls consecrated to God, the priestly, or religious life. They are offered to all Christians no matter what their state of life. Vatican II clearly and forcibly testifies to it (cf. ch. V, especially #40, Lumen Gentium). An instrument of God, Conchita, as she was familiarly called, has a prophetic mission for today’s world.

In May 2019, in Mexico City, when Venerable Conchita is beatified as ordained by Pope Francis, let us pray for “a new Pentecost through the Cross”.

Learn more at the Foundation for Prayer for Priests.

This article is reprinted with the kind permission of Catholic Exchange.