Commentary by Susan Brinkmann, OCDS Staff Journalist Just days after two major studies found unacceptably high levels of mental illness in the U.S. and Europe, the media have all but ignored a major study published in a prestigious British medical journal which found that abortion is associated with mental health problems. 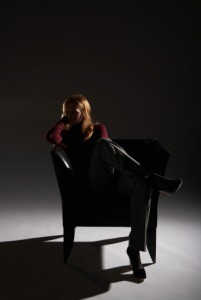 BioEdge.com is reporting that the study, which was published in the latest issue of the British Journal of Psychiatry, by Priscilla K. Coleman, professor of human development and family studies at Bowling Green State University, analyzed 22 published studies with data on nearly a million women, of which 163,381 had abortions. “Overall, the results revealed that women who had undergone an abortion experienced an 81 percent increased risk of mental health problems, and nearly 10 percent of the incidence of mental health problems was shown to be directly  attributable to abortion," Coleman writes. "The strongest effects were observed when women who had had an abortion were compared with women  who had carried to term and when the outcomes measured related  to substance use and suicidal behavior.” The results put a cloud over previous reviews which argued that the mental health of women who have had an abortion is related to their existing problems, not to the abortion itself. In 2009 a task force of the American Psychological Association (APA) reported, for instance, that “There is no credible evidence that a single elective abortion of an unwanted pregnancy in and of itself causes mental health problems for adult women.” However, Dr Coleman says that recent meta-analyses are flawed for several reasons. Only a handful of studies actually included unintended pregnancy carried to term as a control group, did not take recent studies into account, and relied on faulty selection criteria. She singles out the APA review for ignoring “dozens of methodologically sophisticated international studies”. "There are in fact some real risks associated with abortion that should be shared with women as they are counseled prior to an abortion," Dr. Coleman told the Daily Telegraph. Jeanne Monahan, Director of the Family Research Council's Center for Human Dignity, said Dr. Coleman's research "reveals the indisputable truth that abortion is bad for women's mental health. The fact that Coleman's study found 81 percent of women who have had an abortion to be at increased risk for significant mental health problems is proof of this. The study also reveals that as many as ten percent of all mental health problems are directly attributable to abortion." Coleman's study gives doctors a valid and unbiased synthesis of the current research available on the relationship between abortion and women's mental health, Monaghan says, and believes this valuable information must be shared with women. "Women need to know this information," she says. "They have the right to informed consent before choosing abortion. Abortion not only takes the life of a baby but it often causes much emotional harm to the mother." Unless doctors take it upon themselves to warn women about these risks, they're not likely to hear about it anytime soon. The purveyors of abortion have a vested interest in keeping women in the dark and the mainstream media is assisting them by providing little if any coverage of this study. "Abortion is probably the most contentious issue in medicine – and bioethics – so it is rather surprising that these challenging conclusions in a respected journal . . . have been largely ignored, apart from a few pro-life sites," writes BioEdge's Michael Cook. Cook believes the policy implications of Dr Coleman’s study, at least for the UK, are obvious. "Ninety percent of UK abortions are carried out 'on the presumption that abortion actually reduces the risk to mental health associated with continuing the pregnancy.' If this is not true, then 'clinicians should convey the current state of uncertainty related to benefits of abortion'.” While this might have an impact in the UK, it remains to be seen if the highly politicized world of women's "reproductive health" in the U.S. will put aside their financial and ideological interests long enough to provide women with the quality health care they deserve. © All Rights Reserved, Living His Life Abundantly®/Women of Grace®  http://www.womenofgrace.com