A Niagara Falls man with a long criminal record has been sentenced to 18 months in jail after admitting to extorting $90,000 from a Catholic priest after threatening to falsely accuse him of committing sexual abuse. 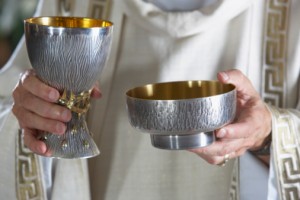 Because such an accusation, whether true or false, instantly ruins the reputation and standing of Catholic clergy, the priest made dozens of payments of $150 to $200 over the course of several months.

"In order to compel the priest's generosity, he threatened the priest to come forward with false charges," said Judge Joseph Nadel of St. Catharine's court. "Given the glut of fallen priests who have fallen prey to these venal acts, this priest feared he would be painted with their brush."

It was not until Sammut had exhausted the priest's personal savings, maxed out his credit cards and forced the priest to borrow money from friends and the Church that the priest finally went to authorities and reported the problem.

According to The Standard, Assistant Crown attorney Graeme Leach said the priest remains embarrassed and traumatized by the crime. Being of "modest means," he will not be able to repay the money he borrowed which will result in an "ongoing victimization of the priest," Leach said.

Sammut's defense counsel, John Bothwell, recommended a lighter sentence for his client who has been addicted to cocaine for more than 25 years and has 30 prior convictions on his record. Bothwell claimed Sammut deserves one last chance to clean himself up because he has been improving and has apologized for his actions.

Judge Nadel wasn't moved and settled on what he called a "very modest sentence" only because there was little hard evidence against Sammut, such as witnesses or wiretap evidence. However, he made it known that he would have preferred to sentence Sammut for a much lengthier period.