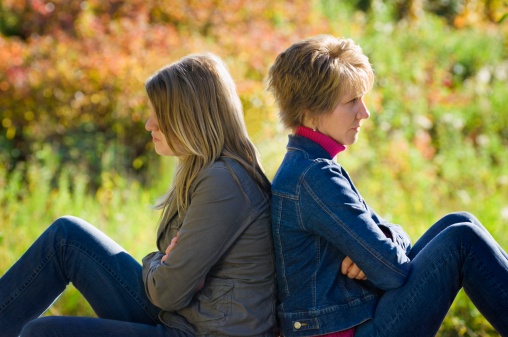 “I know now that true charity consists in bearing all our neighbors' defects--not being surprised at their weakness, but edified at their smallest virtues,” she writes in the Story of a Soul.

Father Sliney recalls the famous feud between Leonardo Da Vinci and Michelangelo who were perpetually at each other’s throats for no other reason than because they were both jealous of each other's talents.

In this case, it's important to remember that forgiveness is actually more about the offended than the offender. It’s a choice to let go of the animosity, resentment, and anger that is ruining their own life. Some people only come to this point after realizing that seeking revenge and harboring ill-will isn’t helping to resolve their pain. They finally decide to seek a “change of heart” that will enable them to just let go and learn how to live again.

The Women of Grace® Foundational Study devotes a whole chapter to understanding what forgiveness is - and isn't. Learn how to let go of your grudges once and for all! Click here for more information.