Alleging "flagrant violations" of New York State constitutional and legal procedures in the recent passage of the Marriage Equality Act, a lawsuit has been filed in the New York Supreme Court on behalf of several plaintiffs which could put a halt to same-sex marriages in the state as well as invalidate those that have taken place since the law went into effect on Sunday. 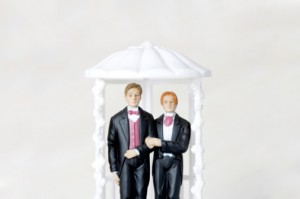 Liberty Counsel, one of the nation's largest public interest law firms, has filed suit on behalf of New Yorkers for Constitutional Freedoms (NYCF), and several other plaintiffs. NYCF is a statewide, issue-oriented, lobbying organization committed to voicing the pro-life and pro-family perspective to New York state elected officials. They represent constituents throughout the state of New York.

The suit accuses state lawmakers as well as Governor Andrew Cuomo of committing numerous constitutional and legal violations during the contentious passage of the Act which came in the form of numerous "strong-arm tactics" that infringed on the rights of the citizens of New York. These procedural defects include violations of the Open Meetings Law, suspension of normal Senate Committee hearings and voting procedures, denying lobbyists access to members of the legislature and pressures on Republican Senators from Wall Street and the Governor.

In their press release, Liberty Counsel lists some of the specific charges being made in the suit:

• In violation of the Open Meetings Law, a closed-door session with all Republican senators and Mayor Bloomberg (registered Independent) where he lobbied them to vote for the Act.

• The Governor pressured Republican Senators to vote for the Act at a private meeting at the Governor’s mansion and with the millions of dollars he had raised from Wall Street financiers.

• The Governor’s violation of the constitutionally mandated three-day review period before the Legislature votes on a bill by unjustifiably issuing a message of necessity.

• Unprecedented Senate lock-outs during the days leading up to the vote, where lobbyists and the public were shut out from the Senate lobby and denied access to elected representatives.

• Rule changes on the Senate floor to prevent debate on the bill and to ensure it was signed in time to get coverage on the evening news.

Mathew Staver, Founder and Chairman of Liberty Counsel and Dean of Liberty University School of Law, commented: “New York law requires that the government be open and transparent to keep political officials responsible. When government operates in secret and freezes out the very people it is supposed to represent, the entire system fails. The back-room tactics were rampant in the passages of this law. The law should be set aside and the process should begin again to allow the people a voice in the process.”

State Senators and the Governor's Office have thus far refused to comment on the suit.