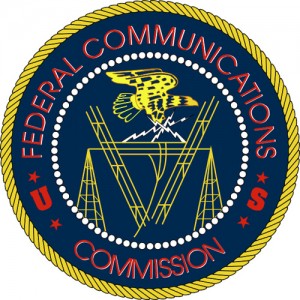 The Washington Examiner is reporting that "net neutrality", a proposal to prohibit broadband providers from blocking or discriminating against Internet traffic flowing over their networks, is headed for passage in the FCC next week. The move is considered to be a "back door" effort by the Obama Administration to enact a top item on the liberal agenda through regulation in order to bypass a hostile Congress. Thirty senators have already signed a letter making it clear that if the FCC attempts to implement "net neutrality" regulations during its December 21st meeting, the GOP will force a confrontation on the Senate floor over the rules. "You and the Commission's general counsel have admitted in published statements that the legal justification for imposing these new regulations is questionable and 'has a serious risk of failure in court'," the letter states. "It is very clear that Congress has not granted the Commission the specific statutory authority to do what you are proposing. Whether and how the Internet should be regulated is something that America's elected representatives in Congress, not the Commission, should determine." Rep. Fred Upton (R-MI), incoming chairman of the House Energy and Commerce committee Fred Upton, R-Mich., also told FCC Chairman Julius Genachowski to cease and desist earlier this month: "The FCC does not have authority to regulate the Internet, and pursuing net neutrality through Title I or reclassification is wholly unacceptable," Upton wrote. "Our new majority will use rigorous oversight, hearings and legislation to fight the FCC's overt power grab." Liberals have wanted increased government control over the Internet for years and are hoping it might finally come about under the leadership of Genachowski, one of President Obama's Harvard law school friends. The Examiner is reporting that Genachowski is a frequent visitor at the White House, logging in 78 visits thus far, including 11 personal meetings with the president. Even though liberals say the push for net neutrality is to protect consumers from phone and cable companies that might block or otherwise interfere with web traffic, they have long been suspected of broader aims such as taking control of the Internet. " . . . (T)he 'problem' the left has been trying to solve is something much bigger than the network-management practices of the phone and cable companies," writes the Examiner's Phil Kerpen. "The left is trying to strike a blow against the free-market system itself, as the leading proponent of these regulations, Robert W. McChesney, founder of the lobbying group Free Press, made clear when he said: "'You will never, ever, in any circumstance, win any struggle at any time. That being said, we have a long way to go. At the moment, the battle over network neutrality is not to completely eliminate the telephone and cable companies. We are not at that point yet. But the ultimate goal is to get rid of the media capitalists in the phone and cable companies and to divest them from control.'" The left-wing Free Press has had a heavy hand in the net neutrality process. Genachowski's press secretary, Jen Howard is a former Free Press employee and the FCC's chief diversity officer, Mark Lloyd, co-authored a Free Press report calling for severe regulation of political talk radio. Even though net neutrality has already been rejected by Congress and the American people, Kerpen says it's imperative that Congress act quickly and forcefully to shut it down. "Congress must assert itself now before the Obama administration uses regulatory back doors to thwart the electorate and continue shoving the country hard to the left. If the FCC can get away with this, expect the Environmental Protection Agency to be emboldened in its backdoor 'cap-and-trade' efforts and the National Labor Relations Board in its backdoor card-check efforts." If we let this one go by without a fight, "expect the vast new regulations from the Department of Health and Human Services and the new Consumer Financial Protection Bureau under the health care and financial regulation laws to be extremely aggressive," Kerpen warns. © All Rights Reserved, Living His Life Abundantly®/Women of Grace®  http://www.womenofgrace.com