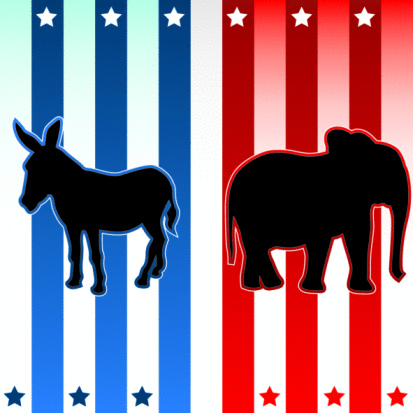 Even though the House of Representatives is now in the control of the largely pro-abortion Democratic caucus, the 2018 Midterms resulted in plenty of victories for the pro-life cause.

Control of the House of Representatives by a pro-abortion majority shuts the door on any chance of getting Planned Parenthood defunded, at least not until after voters opt to elect enough pro-life lawmakers to take back control in the next few elections.

But the pain of this loss was very much offset by remarkable gains in the Senate where a Republican pro-life majority was expanded enough to put this chamber in a much better position to control upcoming judicial nominations.

According to the Susan B. Anthony List (SBA List), which is devoted to helping pro-life candidates get elected, the following is a list of the night’s most notable victories:

The Senate picked up another pro-life vote in Kevin Cramer who defeated pro-abortion incumbent Senator Heidi Heitkamp in the race for U.S. Senate in North Dakota.

Texas Senator and pro-life advocate Ted Cruz was able to fend off his Democratic rival, the pro-abortion Beto O’Rourke.

Florida’s Senator Bill Nelson, a Democrat who has an extreme record on abortion, fell to pro-life Florida Governor Rick Scott.

Two races, in Arizona and Montana, are still too close to call. In Montana, incumbent pro-abortion Democrat Joe Tester is slightly behind his pro-life challenger, Matt Rosendale. Arizona's pro-life Martha McSally is currently leading pro-abortion Kyrsten Sinema by just 13,000 votes with only 63 percent of the precincts counted.

In addition to these Senate wins, pro-life Governor Kim Reynolds won re-election in Iowa after defeating Fred Hubbell, a longtime former board member of Planned Parenthood.

In addition to these victories, West Virginia voters passed Amendment 1, a pro-life ballot initiative aimed at stopping taxpayer-funded abortions. Previously, elective abortions up to five months of pregnancy were paid for by taxpayers under Medicaid.

Alabama voters also approved an amendment to the state’s constitution which will now state that unborn babies have a right to life. The initiative passed by a 60-40 margin.

It’s safe to say that the much-touted “blue wave” did not materialize last night and although we suffered some significant defeats in the House, the pro-life cause made equally significant advances.

And, as always, we remain standing, ready to fight another day.