Commentary by Susan Brinkmann, OCDS Staff Journalist Anyone who doubts the inevitability of the emergence of "death panels" doesn't need to wait until ObamaCare is in full force. The rationing has already begun. 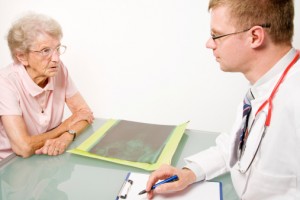 The New York Times is reporting that the U.S. organ transplant network is working on a proposal for how to ration kidneys to the nearly 90,000 people who are on currently on waiting lists to receive the less-than-adequate number that come available each year. Currently, the way kidneys from dead donors are distributed is through a network that awards the organs to those who have been waiting the longest. "That may seem fair since many transplant candidates wait for years, and some die while waiting," the op-ed states, then goes on to say that this system has "serious shortcomings." "Some elderly recipients get kidneys that could function far longer than they will live and that could have done more good for a younger recipient. Some younger recipients get kidneys that will fail and will need to be replaced, using up another scarce kidney." The article goes on to tout a proposal under consideration at the transplant network "to better match the likely longevity of the patient with the likely functional life of the kidney." A kind of grading system will be used where the organs with the longest "functional lives" would be provided to the youngest and healthiest patients with the other 80 percent of kidneys going to patients who are no more than 15 years older or younger than the donor. Notice that the remaining organs don't go to everyone else on the list, but that these too are rationed. "The approach seems likely to make it harder for elderly people to get a kidney," the article states, "but when kidneys are already scarce — and apt to get scarcer as much of the population ages and sickens — it is a rational choice." The bottom line is that health care rationing has already begun and will likely accelerate when a government-run system is implemented with its eye on cost-savings.  This is especially true with the appointment of Dr. Donald Berwick, a professor at Harvard Medical School, to head Health and Human Services' Centers for Medicare and Medicaid Services (CMS) - the most powerful health-care position in the government. An outspoken admirer of the British health care system, which has recently come under fire for its inhumane treatment of the elderly, Berwick has never hidden his belief that rationing is necessary. "It's not a question of whether we will ration health care," he said in a June, 2009 interview. "It is whether we will ration with our eyes open." Americans should indeed be concerned that someone with these ideas will soon be at the head of the government-controlled health care of 100 million Americans.  Wesley Smith, attorney and anti-euthanasia activist, describes the consequences if ObamaCare is not repealed by this Congress. "Once the centralized planning of medical delivery is complete - with cost-containment boards controlling the standards of care and the extent of coverage for both the private and public sectors - insurance companies, HMOs and the government will be able to legally discriminate against the sickest, most disabled and most elderly in our country. In other words, those whose care is most expensive." Michael Tanner, senior fellow and health-care expert at the Cato Institute summed it up very nicely in an article appearing in the Daily Caller last spring: "Maybe those worries about death panels weren't so crazy after all." © All Rights Reserved, Living His Life Abundantly®/Women of Grace®  http://www.womenofgrace.com