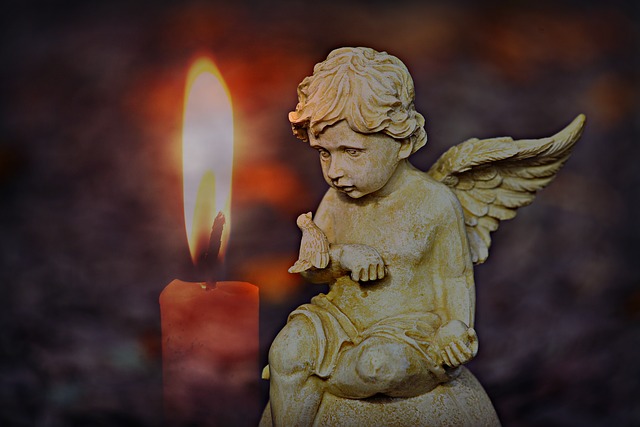 Each year around this time, reality hits with a dull thud. Decorations have been taken down and stored away. Living rooms have that bare, denuded look that only the departure of a festive tree can create. Those much-anticipated gifts – the ones that haven’t been returned, that is – have already lost their luster.

Decorations, Christmas trees, and even the most loving of gifts may come and go, and in fact they do, every year, without fail. But for people of faith, thought-provoking questions can come to mind during this post-Epiphany time in the Church year. What does the Christmas experience offer of truly lasting value? What can we take and keep with us throughout the year, long after Christmas is over?

A look back at some of the events surrounding the birth of Jesus, a series of celestial occurrences in particular, may provide useful insight. As related to us in Sacred Scripture, these events feature one critical component in common – the element of faith. While faith is always present, it exists in varying degrees among the key players.

In the case of Zechariah, the response which he accorded the Angel Gabriel was heavy on incredulity, light on faith (Lk 1:5-25). The news that his elderly wife would conceive and bear a son, one who would fulfill an important mission for the plan of salvation, must have seemed too good to be true to Zechariah’s astonished ears. It was only the subsequent workings of the Holy Spirit in the lives of his family that confirmed his faith in the message he had been privileged to receive.

A more familiar angelic visitation again featured Gabriel in the role of messenger (Lk 1:26-38). At Nazareth, he addressed the incomparable one set aside by her Creator from all time to fulfill the most sacred of life roles. All of creation held its breath awaiting Mary’s response. At her whispered fiat, the Incarnation became a reality, giving true life to the greatest example of faith in action of all time. The faith which enabled Mary to voice her yes to God was the same faith which would support and sustain her through the soul-piercing sorrows to come.

A third heavenly event took the form of an angelic message sent in a dream (Mt 1:18-25). We can only imagine the troubled slumber of Joseph, the just man who wanted to do right by the one promised to him, found to be expecting a child before their living together. Joseph’s obedient response to the angel’s reassuring words proved a testament to the power of his faith to surmount the most difficult of obstacles.

Moving ahead in time, we journey to the hillside outside Bethlehem, its darkness broken only by pinpricks of light in the still night sky. Imagine the reaction of the shepherds as the very heavens broke out in glory and their hearts awakened in hope at the angel’s message (Lk 2:8-20). Scripture tells us they “went in haste” in response to the news of the Savior’s birth. Surely their haste was born of faith – the faith of an entire people who had waited, prayed, longed for the coming of the promised Messiah.

While all these celestial occurrences involved visits of heavenly beings to humans, our final example is quite different. This time, the message from heaven was a silent one – the extraordinary star referred to in the Gospel of Saint Matthew, the one which the Magi “saw…at its rising” (see Mt 2:1-12).

We do not know enough about the men we call the Magi to gauge the depth of their faith. However, they were so impressed with the celestial body of “the newborn king of the Jews” – “his star at its rising” – that they went to considerable time, trouble, and expense to follow it to its destination so they might “do Him homage.”

Although the Wise Men hold a permanent place in our Christmas manger scenes, it is likely that they didn’t arrive at Bethlehem on the heels of the shepherds. Their journey “from the east” was a lengthy one, following their silent guide perched high in the heavens, strong and brilliant, “until it came and stopped over the place where the child was.” If their faith wavered during the long, tedious days and nights of travel, surely it was rewarded beyond measure when “on entering the house they saw the child with Mary his mother.” That confirmation of faith – the reality of the King before their eyes – was a gift far more precious than those their coffers held.

The Christmas star serves as an important symbol of faith – the bedrock of our lives on earth and our hope for a future destined for eternity. The silent message of faith placed in the firmament by the Father shone on in the lives of Zechariah, Mary, Joseph, the shepherds, and the Magi, uniting them as participants in salvation history.

We too have a role to play, for this message of faith is the thing of lasting value which we can take with us, the star we can keep aglow, not only at Christmas, but all throughout the year. 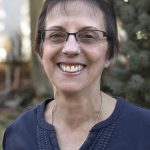 Theresa Cavicchio is a wife, mother, and grandmother who writes from her home in Pennsylvania.