By Susan Brinkmann, OCDS Staff Journalist The House Rules Committee has announced that it will meet tomorrow to discuss the "No Taxpayer Funding for Abortion Act" (H.R. 3) which is a good indication that the bill will come to the House floor for a vote as early as Wednesday of this week. 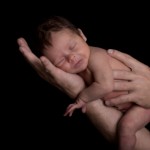 According to the Family Research Council, H.R. 3 will permanently codify provisions that prohibit the channeling of taxpayer money to abortion providers that previously had to be enacted every year. Introduced by Rep. Chris Smith (R-NJ), this bill would not only make permanent, but also expand the Hyde amendment restrictions on the use of federal funds for abortions. It will also prohibit even indirect funding streams that may potentially come in contact with abortion services. For example, it would deny tax credits to companies that offer health plans that cover abortions and it would block anybody with insurance that covers abortions from receiving federal subsidies, even if the abortion portion is paid separately with personal funds. "This action would place the burden on the pro-abortion side to justify why Americans should pay for abortion when they don't believe that their money should be used for this heinous procedure," says Family Research Council president, Tony Perkins. "The Obama administration has tried to muddle the message when it comes to ObamaCare's coverage of abortion and his Administration's support of taxpayer funding of abortion on demand. H.R. 3 sends the message that Americans are tired of these games: No taxpayer money for abortion, not here, not now, not ever!" Concerned citizens are being asked to contact their representatives to urge them to vote "yes" on this important bill. © All Rights Reserved, Living His Life Abundantly®/Women of Grace®  http://www.womenofgrace.com