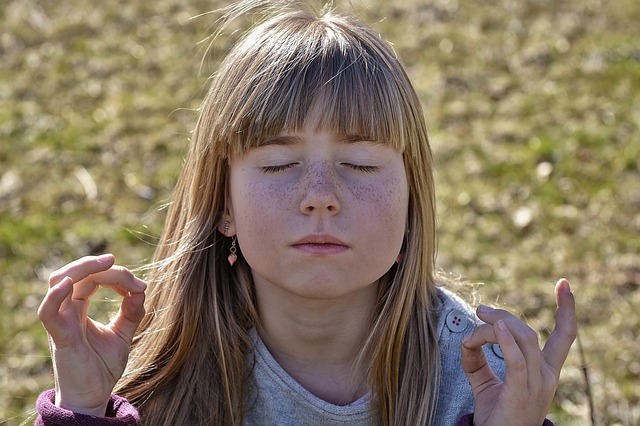 We continue to receive questions from concerned parents of both public and parochial school children whose schools are introducing yoga and mindfulness into the curriculum in some way. What can they do to counter this worrying trend?

The good news is that faith-filled parents who find themselves in this unfortunate situation have several strong options for how to stop the invasion of Hindu and Buddhist based practices into their schools, or at least establish equitable opt-out policies for children who do not want to be involved.

Whether the child is in a public or parochial school, parents should give serious consideration to the following recommendations:

1) Pray! Before writing any letters or making any phone calls, get on your knees and pray for God’s intervention. Pray the Rosary, make a holy hour, fast, make some kind of sacrifice – do whatever you can to combat the dark forces that are behind these non-Christian invasions into our schools. Most important of all, commit yourself to pray and trust in God no matter what kind of response you get from the school. When you start feeling discouraged, read Luke 5-13 to remind yourself of the value of persisting in prayer and how God the Father knows how to give good gifts to His children.

2) There is strength in numbers. Gather together like-minded parents to take up the cause with you.

3) Whether you are dealing with a public or a Catholic school, always remember to follow the chain of command so as to avoid creating additional animosity. In a Catholic school, approach the principal, followed by the pastor and the head of the diocesan department of education. Only after receiving no help from these authorities should you consider writing a (brief) letter to the bishop explaining why you believe the introduction of yoga and/or mindfulness is scandalous.

If your child is in a public school, approach the principal followed by a member or head of the school board. If you do not receive a favorable response, particularly in the case of mindfulness, you may have legal options (see point #1 under mindfulness below).

4) Educate yourself on the subject matter. Our New Age Q&A blog at newage.womenofgrace.com has numerous articles on yoga and mindfulness that will help you to articulate your position. The following is a short list of blogs and other resources that may be of help:

2.) Alleging that yoga can be non-religious or secularized is highly offensive to Hindus who launched a campaign to try to stop this cultural appropriation of a practice they hold sacred. They also believe it's impossible to practice yoga without being affected by it spiritually.

3.) This website was written by parents who tried to get yoga thrown out of their schools in Encinitas, California and is full of valuable resources.

1.) If your child is in a public school where mindfulness is being introduced, this article about possible legal issues concerning the separation of Church and State is bound to get the attention of principals and school boards.

2.) If mindfulness is showing up in a Catholic school, the Spanish Bishop’s Conference recently issued an excellent statement about the dangers of introducing this type of meditation to Christians. This article explains why the practice of mindfulness is not compatible with Christianity:

3.) The most common remark from educators about the inclusion of this practice into schools is that it’s been “secularized,” but even the pioneers of mindfulness in the West balk at this belief:

We've heard from plenty of parents who were successful in confronting these practices in their schools. For example, we recently heard from a Catholic father of five whose son came home from (public) school one day to inform him that his coach was going to introduce yoga into their P.E. class. This faithful father told his son that although people are free to worship in whatever way they want, Catholics worship only the one true God. About a week later, he received a phone call from the coach saying his son told him that he would not be participating in this activity for religious reasons.

“The coach wasn’t ugly or rude, he was just inquiring about more information about this because he has never heard of such a thing,” the father recounted in the email. “I explained that as a Catholic, we do not pray to, nor do we worship, anything other than the one Triune God. He stated that he was also catholic, and again, never heard that yoga was detrimental to our faith and asked for clarification. Well I immediately got on Susan’s blog and printed some articles out for him; as well as directing him to your website to investigate things on his own. A few days later he called again, thanking me for the information, and how it helped open his eyes to how something that seemed so innocent could be detrimental to a lot of people.”

The mere fact that this could happen in a public school should be enough to convince any parent that it’s definitely worth a try to rid a school of practices that are based in non-Christian religions.

Just remember the simple formula: 1) pray, 2) gather like-minded parents, 3) do your homework, and 4) follow the chain of command when contacting a school.

Afterward, share your outcome with us and we will use your testimonies to bring hope and confidence to other parents who are facing the same dilemma!