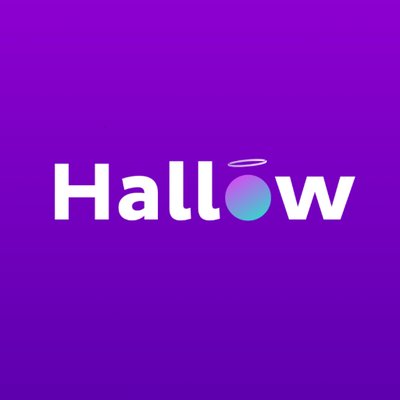 Move over Headspace! There’s a new meditation app in town – and this one is 100% Catholic.

The app, suitable for iOS and Android, offers a choice of five, 10, and 15-minute sessions and a male or female voice option. “Pray lists” offer themed content such as meditations on humility which involve praying through the litany of humility. There are meditations based on the Rosary, the Stations of the Cross, and a “Daily Prayer” section that is based on the readings of the day.

“Hallow is a resource for all Christians who want to build a deeper relationship with God,” said the app’s co-creator, Alex Jones. “But if you look at the contents and teachings, we don’t want there to be any question that it’s Catholic.”

Jones, 25, from Palo Alto, is an engineering graduate from Notre Dame who was raised Catholic but ventured into a period of agnosticism after high school. His return to the faith came in stages, beginning toward the end of college when he began to intellectually re-engage with the faith. He credits good friends who were well-versed in theology and a philosophy course for “cracking open the door” of his heart and helping him to see that Jesus Christ was “maybe not just all myths and legends.”

He began using Headspace to pray but found the eastern style of meditation to be too focused on himself and not grounded enough in the faith. It was then that he realized the Church has been practicing meditation for thousands of years, which led to him exploring the Ignatian and other methods or Catholic prayer.

“The first time I tried Lectio Divina it brought tears to my eyes,” Jones said. 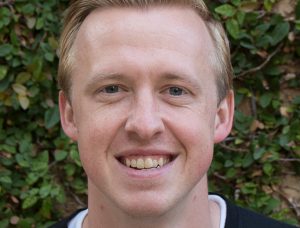 One day in prayer, the idea came to him – if Headspace and Calm can be so successful in teaching eastern meditation techniques to people, why can’t a Christian-based app do the same?

“The ideas was so obvious. It was like God hitting me over the head with it,” Jones recalled.

The first thing he did was call his friend, Erich Kerekes, 25, a fellow Notre Dame graduate with a degree in computer science. The two worked together at a consulting firm after graduation and often talked about how to make the faith a priority in their lives in spite of the hectic, secular lives they were living. They discussed the idea of a Christian prayer app and it took off from there.

They now have a team of six people with backgrounds ranging from theology to technology start-ups.

One member of their team, Alessandro DiSanto, who serves as the head of finance and strategic partnerships, grew up in a parish in Pennsylvania where the current bishop of the Diocese of Fort Wayne-South Bend, Bishop Kevin C. Rhoades, started out. The DiSantos were good friends with Rhoades and didn’t hesitate to contact the Bishop for help with their new idea. He was hugely supportive and is now one of their biggest fans.

“Hallow is an excellent resource for people searching for deeper spiritual lives, especially for the younger generation of Catholics today,” the bishop said. “It helps make it clear that a relationship with God is and can be extremely personal and can be a great source of peace, joy and strength.”

The team reached out to many people for help on the project, including Women of Grace’s New Age division where they received help formulating authentic Catholic prayer sessions.

Others, such Lisa Hendey, founder of Catholicmom.com, have nothing but praise for the new app.

“In a world so filled with noise, confusion, and need, Hallow provides a greatly needed respite and a wonderful array of gifts to more deeply connect with the Divine,” Hendey said.

Mike St. Pierre, executive director of Catholic Campus Ministry Association, says this new app is “for anyone who feels they’ve been praying the same way for years, Hallow can completely renew the way that you interact with God on a daily basis.”

The app begins with a free trial and then starts at $8.99 per month for full access to the content. For each subscription purchased, the team pledges to give another away. Their goal is to provide Hallow for free to organizations in need, (e.g., faith immersion programs, retreats, Christian non-profits).

The name of the app, Hallow, which means “to make holy” sums up precisely what this project aims to do, Jones says.

“To let God hallow our lives, and to help others do the same.”

This article originally appeared on the National Catholic Register website. It is reprinted here with their kind permission.