By Susan Brinkmann, OCDS Staff Journalist The newly elected pro-life House of Representatives and growing anti-Christian bigotry in Europe are included on a list compiled by the World Congress of Families (WCF) to draw attention to the 10 best and worst events for families in 2010. 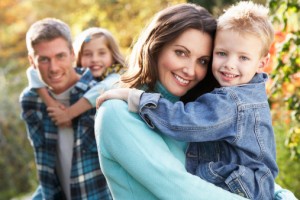 The WCF, an international network of pro-family scholars and organizations, published its list in their January, 2011 newsletter. “Anyone can draw up a list of 10 best or worse trends," said WCF Managing Director Larry Jacobs." Ours is validated by the Congress’ experience and expertise.  We’ve been dealing with family issues internationally for the past 14 years. Last year, World Congress of Families was directly involved in fighting same-sex marriage in Mexico City, legalization of marijuana in California and Kenya’s pro-abortion Constitution.” The U.S. election of a pro-family majority in the House of Representatives made the top 10 best list, along with California's rejection of the legalization of marijuana and Canada's defeat of a euthanasia and assisted suicide bill. The huge rallies that occurred in Spain in protest of the Socialist government's expanded abortion laws was also among the world's best occurrences for families, as was Russian President Dmitry Medvedev's warning of an impending demographic disaster if Russians didn't start having more children. The European Union's preservation of conscience rights and the UK plans to block children's access to porn also made the list. Among those events considered to be the worst of 2010 are the institution of same-sex marriage in Mexico City in defiance of that country's constitution, the adoption of a new constitution in Kenya that undermines the right to life, growing anti-Christian bigotry in Europe, repeal of the Don't Ask Don't Tell policy, and high levels of out-of-wedlock births occurring in the U.S. among the less educated. The WCF was founded in 1997 by Allan Carlson and is a project of The Howard Center for Family, Religion & Society in Rockford, Illinois (www.profam.org).  To date, there have been five World Congresses of Families – Prague (1997), Geneva (1999), Mexico City (2004), Warsaw, Poland (2007) and Amsterdam, Netherlands (2009). Pro-Family groups in Spain, India and Australia have already competing to host the Congress in 2012 and 2013. To read the complete list with accompanying explanations, visit the World Congress of Families. © All Rights Reserved, Living His Life Abundantly®/Women of Grace®  http://www.womenofgrace.com