By Susan Brinkmann, OCDS Staff Journalist Professor Carl Djerassi, the 86 year-old Austrian-born chemist who is credited with inventing the birth control pill, says women of the future will resort to having their eggs withdrawn and frozen for future use, then undergo sterilization to eliminate the need for contraception. 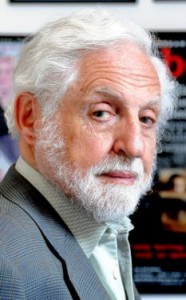 In an exclusive interview with Helen Weathers of The Daily Mail, Djerassi admitted that he once thought the Pill would be obsolete within 20 years of its discovery, replaced by a "whole supermarket of contraceptive alternatives," but that hasn’t happened. "There is now no interest in new forms of contraception in affluent aging Western populations," he told the Mail. "For the pharmaceutical companies, the money now lies in developing drugs to treat the diseases of old age which are a bigger problem: Alzheimer’s, cancer, cardiovascular disease. Scientifically, we could produce a male pill, but there is no interest." Because of the enormous numbers of women who are delaying motherhood for reasons of  economics or career, the family planning method of the future will be much different than those we use today.  "There are an enormous number of well-educated, proficient women who, when facing the biological clock, first pay attention to their professional ambitions," he says. "Before they know it they are in their 30s. By the age of 35, they have lost 95 per cent of their eggs, and the rest are aging rapidly. "Sooner or later, in the next 20 years, more young people will freeze their eggs and gametes in their 20s, and bank them for later use. They will do away with the need for contraception by being sterilized, and withdraw their eggs and sperm from the bank when they are ready to have a child via IVF." He adds: "It's already happening at Stanford, where I teach. Women assistant professors on a tough ten-year career path, working 60 or 80 hours a week, are freezing their eggs for later use." He points out that it is no longer unusual for childless menopausal women to give birth, or for same-sex couples to become parents via the use of donor eggs, sperm and IVF.  This is the logical consequence of separating sex from reproduction, he says. If you can have sex without babies, the progression is to have babies without sex. Those who find this objectionable  are those who like to "romanticize’ conception," he says. "I am not religious, I do not believe in God. Although I respect the right of others to hold those beliefs, arguing over fundamentals is pointless." He understands and accepts religious objections, he says, but not those who oppose the pill on ideological grounds and who consider it to be a male invention which impinged on the most intimate aspects of a woman's body. "On an emotional level, I completely understand and sympathize with that, but it happens to be illogical," he said. "They told us we should work on male contraception, but that would have left women in exactly the same position as before — dependent on men to decide when and whether they get pregnant." As a result, the Pill put that power in women's hands, he said, a power which they did not have before, "and anyone who does not acknowledge that is living in another world." When asked by Weathers why women should have to freeze their eggs and delay motherhood just so they can compete in a man's world, he sympathized with her. "I accept that argument completely," he said. "Why should women fit in with a society which suits men better? But to change the climate, you need far more women in positions of power and influence, and that is still a long way off." Djerassi invented the pill along with a biologist named George Pincus in 1951. An estimated 100 million women worldwide are currently taking it to avoid pregnancy. © All Rights Reserved, Living His Life Abundantly®/Women of Grace®  http://www.womenofgrace.com