By Susan Brinkmann, OCDS Staff Journalist After 70 years of state enforced atheism, Russian schools will soon be teaching religion again, crucifixes may once again be hung on the walls of schools and offices, and a building once used for programs aimed at demolishing the family will soon host an important summit addressing the demographic crisis in that country. 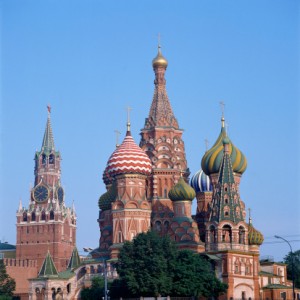 Larry Jacobs, managing director of the World Congress of Families announced yesterday that the "Moscow Demographic Summit: Family and the Future of Mankind" will be held at the Russian State Social University (RSSU) on June 29-30 this year. Jacobs noted the historic significance of the Summit's location: "It is now the home of RSSU, one of Russia's largest public universities with over 100,000 students and Russia's chief institution for educating social workers. But in the Soviet-era, it was the home of the Comintern, and then later, after WWII, the Marxism-Leninism Institute."  The Comintern was a communist organization founded in 1919 that existed to fight 'by all available means, including armed force, for the overthrow of the international bourgeoisie' and the establishment of communism worldwide. Jacobs noted the irony: "This building, once dedicated to the abolition of the family as a bourgeoisie institution, will be the site of a Summit dedicated to revitalizing the natural family and reversing the disastrous worldwide decline of birthrates." Russia, which is losing an estimated 700,000 people annually, is ground zero for what's called Demographic Winter. The demolition of the Russian family has caused innumerable problems, from massive divorce and domestic violence rates, to skyrocketing numbers of STD and HIV infections.  Record high abortion rates have also decimated the country's population. At present, more than 60 percent of all pregnancies in the country result in abortion, a tenth of which are performed on girls under the age of 18. The high numbers of repeat abortions has also created an epidemic of infertility in that country where an estimated six million of the country's 38 million women of childbearing age are infertile. The Summit will be the first international conference to deal with the coming crisis occasioned by the worldwide decline of fertility. Speakers will include members of the legislature of the Russian Federation, representatives of the Russian Orthodox Church, leaders of other churches and denominations, demographers, scholars, authors, activists and leaders of the World Congress of Families and its Partners. This announcement comes on the heels of another significant break-through in post-communist Russia.  AsiaNews.com is reporting that after a trial year, a course on religion known as "Foundations of religious culture and ethics" will be taught in all Russian schools throughout the country next year. The announcement was made by representatives of the Russian Ministry of Education who held a joint press conference with representatives of four major religions on March 23.  All religious education was banned from the country during the Soviet era, but schools in some regions began to reintroduce it in schools last year with good results. "A large number of students chose courses on religion," said Archpriest Vsevolod Chaplin, chairman of the Department for the Church's relations with society at the Patriarchate of Moscow, "and this did not cause any inter-religious conflict, but instead we notice a change in the morale among the children who attend them.” The new program will allow students of primary and secondary schools to choose to study the history of one of the four traditional religions - Orthodox Christianity, Islam, Judaism and Buddhism - or more general courses on "foundations of religious culture" or "fundamentals of public ethics."   Chaplin explained the usefulness of religion courses in schools, saying that if a real "moral revolution” does not take place in Russia, “the country will not survive for much longer.” "Moral education does not only instill information," he said. "If a young person grows stronger from the moral point of view in an environment devoid of morals, there are chances that he or she can at least partially change things. Only in this way, generation after generation, will we overcome the morally abnormal mentality of our post-Soviet era society. " More than 65 percent of ethnic Russians identify themselves as being members of the Russian Orthodox Church, which is the second largest Christian denomination in the world after the Roman Catholic Church. As a result, Orthodox leaders in that country have been emboldened and are even calling for the return of crucifixes to the walls of classrooms and offices. AsiaNews is reporting that Chaplin published an article in the current issue of the Orthodox journal, Sovereign Rus, in which he encourages believers to be more courageous in showing their faith. "We should have no qualms about making the sign of the cross wherever we like," he said, "or hanging an image of the crucifix, where we live and work." © All Rights Reserved, Living His Life Abundantly®/Women of Grace®  http://www.womenofgrace.com