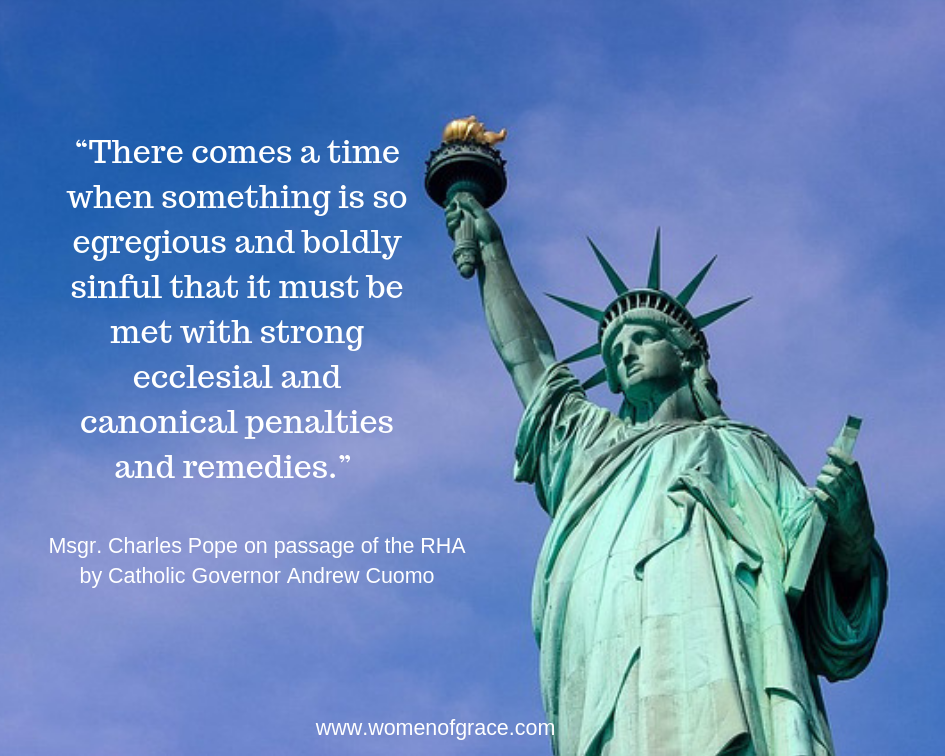 “A similar situation has set up in New York where one of the most permissive and callous state abortion laws was not only passed, but was also greeted with applause by the New York state senators as it passed," Monsignor Pope continues.

“Even a compromised judge still has the obligation to apply the law. Even an imperfect parent must still insist on what is right with his children and apply necessary punishments," Monsignor Pope reminds.