By Susan Brinkmann, OCDS Staff Journalist Young girls who attempt to flee the anti-Christian violence in India's state of Orissa are being picked up by human traffickers and sold into sexual slavery. 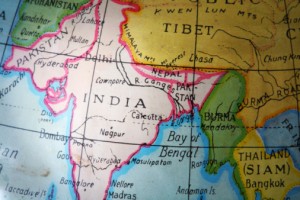 BosNewsLife is reporting that investigators with the All India Christian Council (AICC) and Human Rights Law Network's Anti-Human Trafficking initiatives are tracking at least four Christian girls who were sold to a placement agency in Delhi.  They were among many girls who fled Orissa in 2008 after a spate of attacks by Hindu extremists following the killing of a local Hindu religious leader, which was blamed on the Christian population. Two of the girls, ages 16 and 18, have now been rescued with what is being described as "reluctant support" from local police, who have refused to file a complaint against the traffickers. The owner of the placement agency was arrested but released on bail. Another girl managed to escape on her own and at least one more remains missing. The mother of one of the girls, Hemanti Mallik, 50, said she camped at Delhi for the last six months while seeking legal help and justice for her daughters, and the arrest of the perpetrators who lured the girls with false promises of jobs. She told the Delhi High Court that her two daughters, along with two other girls, “were sexually abused for six days” by the arrested owner of the placement agency, who was only identified as Mr. Monto. The Delhi High Court has ordered Delhi Police to become more active in finding missing girls — many of whom are believed to be Christians — by issuing “missing people advertisements” in local newspapers and appeals on television channels. © All Rights Reserved, Living His Life Abundantly®/Women of Grace®  http://www.womenofgrace.com