By Susan Brinkmann, OCDS Staff Journalist The principal at a private Catholic school on Long Island has told a lesbian student that if she wants to go to the prom, she will have to take a male date. 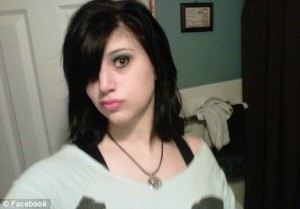 The Daily Mail is reporting that Angelina Lange, 17, a student at St. Anthony's High School in Long Island asked to bring an ex-girlfriend to the prom but was told by school officials that same-sex dating goes against the Church's teachings. Lange disagrees and is accusing the school of having double standards.  She told the Mail: "I feel it is unfair. The Catholic Church views sexual contact between same sex people the same as premarital sex. The Church recognizes gays as individuals, it does not condone physical contact. "If gays are not allowed at the prom because it is assumed that they are engaging in sexual activity then heterosexual couples should not be allowed at prom because then it can be assumed that they are participating in premarital sex." However, Brother Gary Cregan, the school principle, told MSNBC Angelina's request was denied because "we thought it would send a mixed message to OK her request. Our Catholic faith specifies that marriage involves a man and a woman, and our policies on dating must reflect that." He added: "We mean no malice or disrespect. But this is an important part of our faith and we must stand by it." Because it is a private school, St. Anthony's is free to enforce whatever rules it deems appropriate, and Lange says she has no plans to challenge the decision. But gay activists are not happy about the situation. James Fallarino of the Long Island Gay, Lesbian, Bisexual and Transgender Services Network, said not allowing Angelina to attend the prom with a girl was a form of "bullying." "The message is that the school doesn't really care about its students, and that's not a good message," he added. Even though some students and locals have complained, the decision is apparently supported by most.  In an on-line poll conducted by the New York Daily News, 67 percent agreed with the school with only 31 percent disagreeing. The general opinion seems to be similar to what John Perry of East Quogue, New York posted in the comment section of the Mail:  "When choosing to attend a Catholic School, obviously one should understand the values of Catholicism, and be willing to observe those values, as the school has every right to, and should, validate those values and beliefs in their policies. Anyone with a problem should exercise their right to select a more conforming educational environment. Certainly, in an increasingly liberal society, there is a great option for Ms Lange- it's called 'public school.'  Regretfully, this may just be another opportunistic attempt to attack the Catholic Church and the conservative Judeo-Christian Values that built this great nation." © All Rights Reserved, Living His Life Abundantly®/Women of Grace®  http://www.womenofgrace.com