By Susan Brinkmann, OCDS Staff Journalist The Archbishop of Sydney is willing to meet with supporters of same-sex marriage who want him to call off a Church-sponsored campaign against the unions, but on his own terms - first, they must make a public statement conceding that the Church's opposition to same-sex nuptials is not homophobic and second, they must allow a Catholic married couple to be present at the meeting. 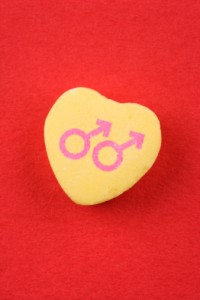 According to The Australian, Cardinal George Pell surprised the leaders of the Australian Marriage Equality campaign when he responded positively to their request for a meeting. Such a meeting might be possible, the Cardinal said, if the group agrees to state publicly that they do not believe the Church's position is based on hate or homophobia. "It would help me in considering your request for a meeting to receive an assurance that you . . . do not regard opposition to same-sex marriage in itself as a form of prejudice and discrimination, and that you are prepared to say this publicly," the Cardinal wrote. After stating his gratitude for the request for a meeting, and his openness to considering it, he added: "I can offer you no assistance on the second reason you have asked for this meeting (to prevent Catholic clergy from actively campaigning against same-sex marriage), and on most of the substantive matters I expect we will have to agree to disagree.  But it is always good to talk whenever this might be helpful." The Cardinal also said he would agree to meet with a same-sex couple if a Catholic married couple could also be present "so that they can explain their concerns about same-sex marriage and what it might mean for the sort of commitment they have made." Peter Furness, acting national convenor of the gay marriage campaign, responded to the letter saying he would be happy for Cardinal Pell to be accompanied by a Catholic married couple. A spokesman for the gay marriage campaign, Rodney Croome, told The Australian he was willing to concede that the Catholic Church did not intend to discriminate, a concession that meets part of the Cardinal's demand for a meeting. © All Rights Reserved, Living His Life Abundantly®/Women of Grace®  http://www.womenofgrace.com