TK asks: "Do you have any information on Color Therapy?" 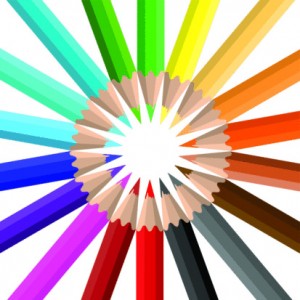 Color therapy is an alternative medical practice that is founded upon the New Age belief in a scientifically unsubstantiated life force energy that permeates the universe. According to Adán Rivas of the Massachusetts Academy of Mathematics and Science, "Color therapy (or chromotherapy) tries to harness the vibrational energies in people to heal and cure illnesses; therefore, chromotherapy is defined as a so-called vibrational medicine. But these energies are not fully defined in the medical field. A color therapist applies light and color in the form of tools, visuals, or verbal suggestions to balance out the alleged vibrational energy in given parts of the body that are lacking vibrancy, whether it be a physical, spiritual, or mental ailment . . ." Practitioners believe certain colors have unique healing qualities. For instance: - Red is used to stimulate the body and mind and to increase circulation. - Yellow is believed to stimulate the nerves and purify the body. - Orange is used to heal the lungs and increase energy levels. - Blue is used to treat pain - Indigo is thought to alleviate skin problems. In Ayurvedic medicine, colors are assigned to the chakras, which are alleged energy centers located along the spine. Some of the tools used in color therapy treatments are gemstones, crystals and crystal wands, colored fabrics, colored eye lenses, lasers and color bath treatments. While there is some evidence indicating that color and light can impact a person's mood, this effect tends to be only temporary, and there is no scientific evidence to support the idea that colors can actually heal people. Rivas speculates that any effect color may have on a person is a reaction to the environment. "Some colors are more appealing than others, this distraction or attention to detail helps to remove a patient from their problems momentarily. Such an attraction acts as a stimulant which would invoke a positive mood." Color therapy may have derived from light therapy, which does have scientific backing, but the former went off the tracks. As Rivas concludes: "Ultimately, until qi energies are found to exist in the human body, color therapy cannot be fully accepted as a legitimate alternative medicine." Send your New Age question to newage@womenofgrace.com