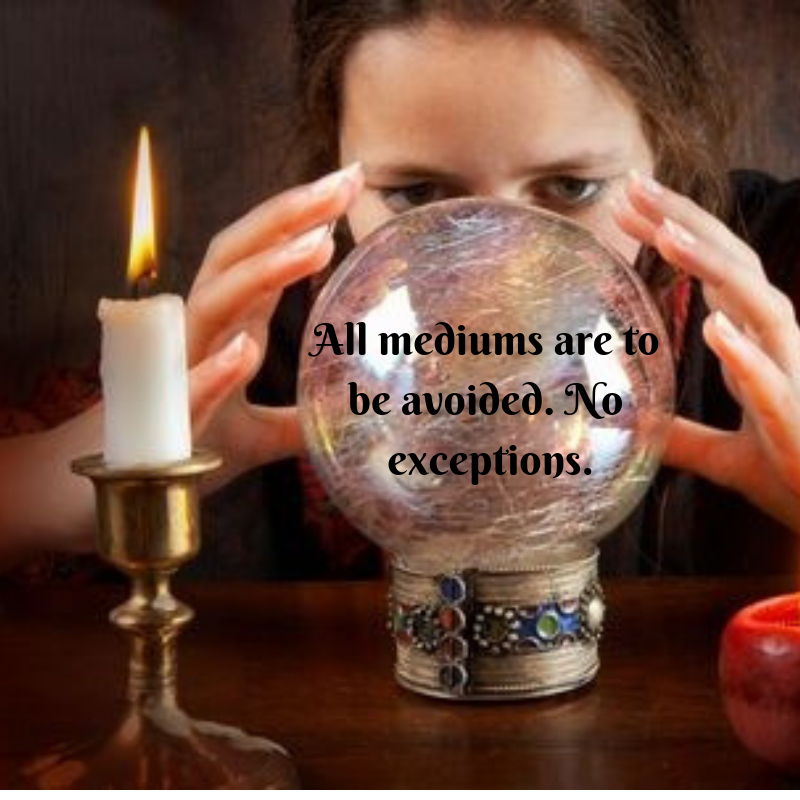 This is a textbook example of Satan’s most effective ruse - a ploy even the Bible warns us about – to appear as an “angel of light” (2 Cor 11:14). And he can do this with even the most well-intentioned people, especially those who are actively engaging in the occult arts, such as what Edward, Anderson, and the Long Island Medium are doing.

The Lord does not contradict Himself; therefore, He would never agree to work with anyone “who consults ghosts."