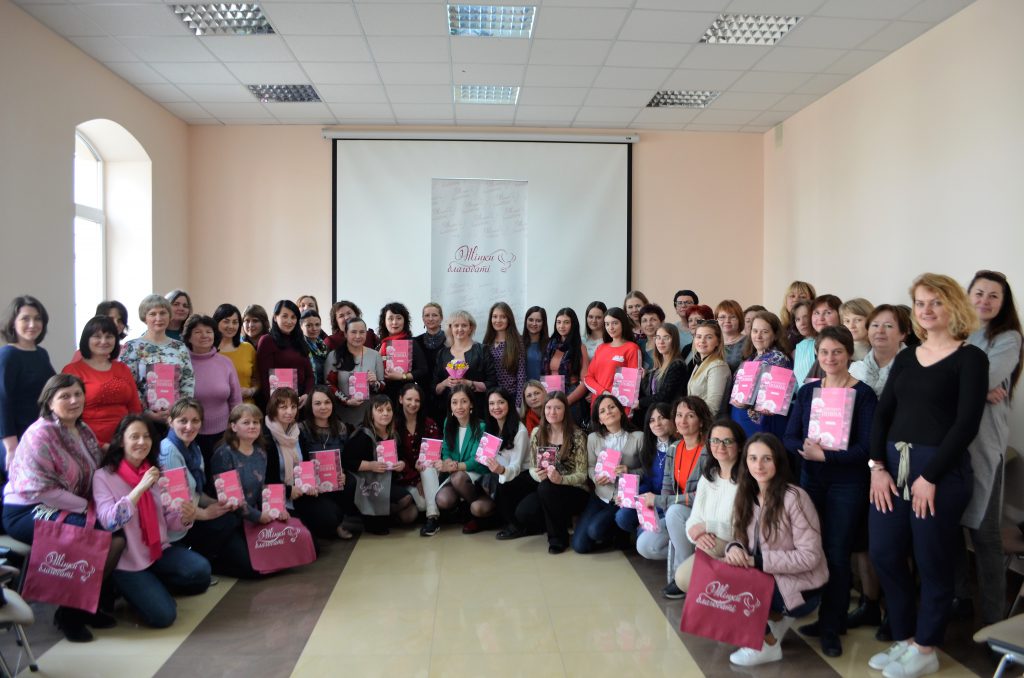 Women of Grace in the Ukraine

Although separated by almost 6,000 miles, the Holy Spirit forged a powerful connection between Women of Grace® founder Johnnette Williams and a young woman in Ivano-Frankivsk, Ukraine whose dream was to raise an army of women to serve God. Today, that army is in the making!

It all started in 2012 when 37-year-old Oksana Osadchuk came across the Women of Grace® program on EWTN and was instantly attracted to it.

“My husband and I are the founders of Mission Apostle, a program aimed at spreading the Kingdom of God with the help of TV programs and books,” Oksana said. “I watched the program, visited the website, and learned about the course and the movement. I was so delighted and a great desire grew in my heart. I wanted Women of Grace® to be present in Ukraine!”

She contacted Johnnette right away, expressed her interest in the course and asked for materials to review.

“When Oksana first contacted me, my eyes filled with tears of joy and gratitude to God for His faithfulness and providence,” Johnnette said. “I knew that He was at work and that the vision He had entrusted to Women of Grace in 2003 was being fulfilled – to transform the world one woman at a time. Oksana’s zeal and love of God was evident.”

Of course, she agreed, and the materials were shipped to Ukraine.

“It was a great joy for me!” Oksana said after she received the materials. “I was reading the book and Study Guide and felt it was exactly what I would like to do for Ukrainian women.” 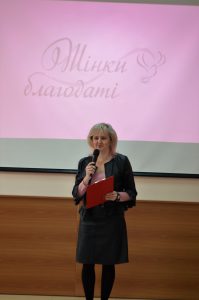 Now all she had to do was wait for God to show her when would be the right time. Several years would go by as the country endured a war sparked by Russian aggression in the area, and she also became pregnant again. It was not until 2015, while she was attending Mass on the Feast of the Annunciation, that the words of the priest fell heavily upon her heart. He spoke about how God needs people like Mary who will say “yes” to God.

“At that moment I felt a great impulse to help God to raise the army of Ukrainian women who say yes to God,” she recalled.

This is when she contacted Johnnette again and began to translate the course into her native language.

A year later, the first group of women took the course and became the first facilitators.

“I translated the materials, printed them on the sheets of papers for each woman and this way we studied,” Oksana said.

The women caught the same fire that she felt in her heart. “They were so enthusiastic about launching the course in Ukraine! They dreamed of their own groups of women and assisted me in so many ways.”

There are now 10 groups meeting in Ivan-Frankivsk, two groups in neighboring Uzhgorod, and two more in Lviv, most meeting twice a month. The women range in age from 18 to 60.

“The course has a big impact on my life. It laid a solid foundation to my spiritual life, it renewed me and gave a new inspiration to my life and church service. Most things that I knew before were comprehended in a new way and reinforced my belief,” Oksana said.

She’s not the only one who found the course to be personally life-changing.

“The Women of Grace® course has become a new step in my life, which turned me 180 degrees. With its help I began to understand things that I had never even paid attention to,” said Victoria, a participant in the course. “Women of Grace® changed me, my attitude towards my family, people around me, and most importantly - my attitude toward God. I dared to make a step that I could not make within many years. It’s a new experience, an understanding of my mission in this world. Women Grace® is a chance given me by God to change my life for the better.” 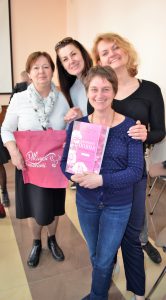 Olga says she leaves every meeting filled with the grace of God. “Every time after our meeting I go out filled and inspired! I want to carry light, peace, love, and radiate the grace I received from God at the group meeting!”

In addition to helping her to renew her personal daily prayer and deepening her understanding of the Catechism, Natalia said, “Especially precious for me are the testimonies of other women. I feel the warmth of relationships and support.”

“As my husband says there should be an army of 25,000 Women of Grace who will influence the culture of our country, who will pray for our world, whose voice and opinion will matter!” Oksana said.

Johnnette and the Women of Grace family throughout the world have welcomed their new sisters in Ukraine with open arms and are looking forward to watching them grow in their country.

“I am certain Our Blessed Mother is with them every step of the way as they seek to bring her maternal love and beatitude to their country, their culture, and their families,” Johnnette said.

“May the Ukrainian women’s ‘fiat’ be abundantly fruitful, and may it be a stepping stone to bring the mission of Women of Grace to all Eastern European countries as we seek to transform the world one woman at a time!”

Visit studies.womenofgrace.com or call 1-800-558-5452 for details about how you can bring these life changing programs to your area this Fall!