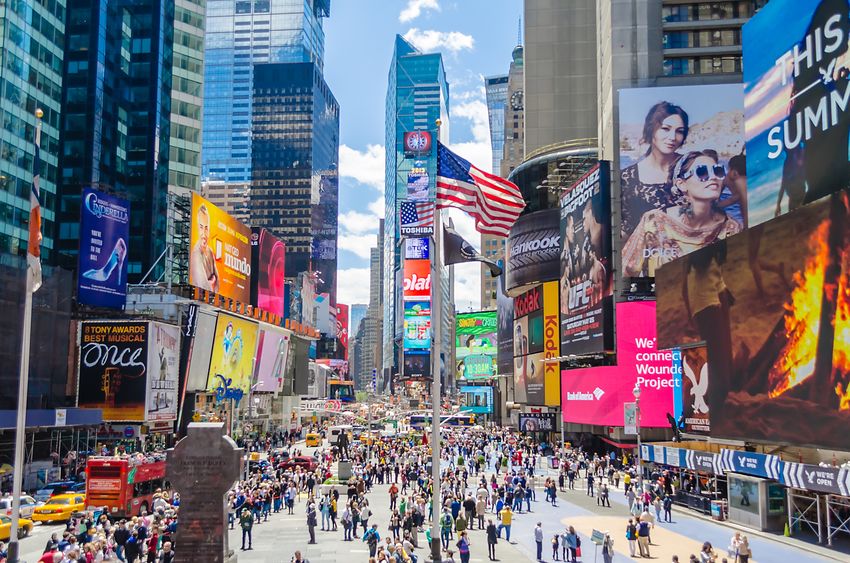 On May 4, promoters of New York’s radical new abortion law will have no where to hide from the facts of life when the massive digital marquee in Times Square is lit up with the 4-D ultrasound of a third-trimester pregnancy that clearly shows just how alive and human are the babies the state’s new law is allowing to be killed.

Focus on the Family, an organization dedicated to supporting faith and family, is launching the biggest pro-life effort in its history on May 4 when the SEE LIFE CLEARLY event kicks off in New York City’s Times Square.

“The 12-week SEE LIFE CLEARLY campaign will culminate with a special event in Times Square on Saturday, May 4th, that we’re calling, ALIVE FROM NEW YORK,” said Focus on the Family president Jim Daly. “We’re looking to fill Times Square with pro-life Americans, and it will feature live music, compelling and inspirational speakers, and best of all, live 4-D ultrasounds broadcast on a massive digital marquee in Times Square, powerfully showing the world that a baby inside the womb is fully human and should be given the chance to be born.”

He added: "And with the 4-D technology that we have, it looks like a picture of a 1-year-old. There is no way a person is going to be able to say, 'That is not a child.' It is a child and we want everybody to see it."

During an interview with CBN News, Daly said he picked Times Square for a variety of reasons and not just because it’s the epicenter of Manhattan. The passage of the radical pro-abortion Reproductive Health Act now makes New York the epicenter of a new movement toward the radicalization of abortion laws in the US.

“These politicians have over-reached, in our opinion, when it comes to reshaping the abortion debate,” Daly continued.

This is particularly true in Virginia where politicians tried to pass a law that promoted infanticide by allowing a baby who has already been born to be killed if its mother and doctor consent to it.

“That’s not the country we live in, and that’s not the law of the land,” he said. “We’re not shy about going there and saying to Governor Cuomo and others, let’s look! Let’s see what an ultrasound looks likes. I doubt they’ve actually seen one. To be able to do that on a jumbo screen, to say here’s the baby of a third trimmest pregnancy . . . look at the definition! These children are viable outside the womb. These children are already fully human!

“For the world to see that and do it in such a way that we can all peer into the womb and see what that child looks like developmentally and every other way . . . what an awesome sight to see!”

He added: “And then these politicians will have to defend their positions.

Focus on the Family is inviting everyone to come to Times Square on May 4 and help to deliver this pro-life message loud and clear.

“As I’ve been sharing with friends, in my 30 years at Focus on the Family, I have neither seen nor sensed this type of reaction or response to a series of family-related news events. Something is happening. There has been a collective moral outcry – even from people who have been otherwise apathetic to the issue of abortion. It’s as if in a single voice the public has said, 'Enough is enough!'”

If there was ever a place and time to expose the truth about what abortion does to human life, it’s right now – and it’s in Times Square.

“Let’s show what it means to be family, to be pro-life,” Daly said. “Come out to Times Square!”

In addition to attending the rally, Focus on the Family is also asking folks to sign "A Declaration for Life," which attests to the “indisputable scientific reality that life in the womb is worthy of protection from the moment of conception” and declares that legalized abortion “is wholly incompatible with the virtues of compassion, freedom, and equality that characterize a healthy and just society.”