A new report by the Eagle Forum raises serious questions about the United Nation’s increasingly fanatical environmental programs that are leading the way back to a primitive reverence for the earth. 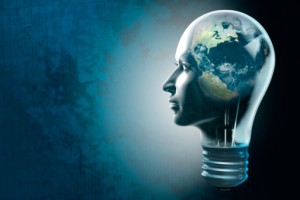 Cathie Adams, International Issues Chairman of the Eagle Forum is reporting that the UN’s radical environmental views, normally hidden under innocuous labels such as “sustainable development” and “global warming/climate change,” are rapidly infecting every level of our government and even our nation’s classrooms where children are being taught to regard the earth as a kind of god.

“Under the guise of protecting the environment through ‘sustainable development,’ the UN is leading the world’s regression to primitive reverence of the earth, even capitalizing the first letter of the word: Earth,” Adams writes. “This same earth-centeredness prevailed before Abram was called from the Ur of the Chaldees, until the God of Abraham, Isaac and Jacob proved His superiority over nature. Our Western Civilization is based upon this Judeo-Christian worldview that sets man apart from bugs and trees, and gives him the responsibility to care for the earth.”

As an example of just how fanatical the UN is becoming, Adams cites a recent proposed treaty that will give “Mother Earth” the same rights as humans. In essence, it will recognize the Earth as a living entity that needs to be freed from humans who have sought to “dominate and exploit” it.

This treaty is modeled after one currently in force in Bolivia, known as the Law of the Rights of Mother Earth, which was enacted this January by president Evo Morales. This law grants the Earth specific rights to life, water, and clean air, the right to repair livelihoods affected by human activities and the right to be free from pollution.

It even goes so far as to establish a Ministry of Mother Earth and provides the planet with an ombudsman whose job it is to hear nature’s complaints as voiced by activist groups.

Adams calls this and other UN environmental treaties “fatally flawed because they equate God with nature, and aim to supplant God’s directive to man to care for the earth with government dominion.”

She also calls attention to a UN action plan put into effect at the 1992 Earth Summit called “Agenda 21.” This plan for sustainable development “is bad policy because it supplants liberty with a framework of rules and regulations that grant government dominion over the behavior of individuals, businesses and organizations. In 1993, former President Bill Clinton’s Executive Order created the President’s Council on Sustainable Development that has rammed Agenda 21’s radical environmental agenda into every classroom and every level of American government.”

She adds: “To protect our children, we must educate ourselves about the UN’s insidious agenda to subvert our children’s faith in God by elevating its earth-centered zealotry that would grant the UN dominion over the earth.”

Click here to read more on Agenda 21 and other UN environmental policies and movements.

This blog is an example of how Agenda 21 is being put into effect in the U.S.