In response to a sudden change in position by the Department of Defense (DOD) to allow chaplains to preside over same-sex marriages on military bases, Archbishop Timothy Broglio, head of the Archdiocese for Military Services, says Roman Catholic priests will not be performing the ceremonies. 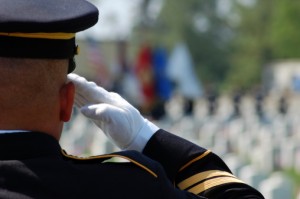 CNN is reporting that just two weeks after the military officially dropped its “Don’t Ask Don’t Tell” (DADT) policy which barred homosexuals from serving openly in the armed forces, the Pentagon issued a statement that will allow military chaplains to preside over same-sex marriages in states where the unions are legal.

“A military chaplain may participate in or officiate any private ceremony, whether on or off a military installation, provided that the ceremony is not prohibited by applicable state and local law,” said a memo released on Friday.

“Further a chaplain is not required to participate in or officiate a private ceremony if doing so would be in variance with the tenets of his or her religion.”

This decision is the second reversal made by the DOD regarding chaplains and same-sex marriage. Last spring, the Department said chaplains could perform the ceremonies once DADT was repealed, then reversed itself pending “further study” after conservative lawmakers charged the decision would violate the federal Defense of Marriage Act (DOMA). The 1996 law defines marriage as existing between a man and a woman.

Archbishop Broglio is one of many people who expressed concern with the DOD’s reversal, which he sees as an effort to circumvent DOMA.

“The Pentagon’s new policy, as outlined in these two memos, appears to ignore the Defense of Marriage Act, which was signed into law 15 years ago and remains in effect,” the Archbishop said in a September 30 statement.

“Undersecretary [Clifford] Stanley cannot say, on the one hand, that chaplains may take part in any private ceremony as long as it is ‘not prohibited by applicable state and local law,’ and on the other, say nothing of the federal law,” he said.

“Nor can DOD’s general counsel say that determinations regarding use of military facilities should be made on a ‘sexual-orientation neutral basis, provided such use is not prohibited by applicable state and local laws’ while neglecting to take DOMA into account.”

Archbishop Broglio stated that the use of military bases and personnel for an activity that is against federal law and that of 44 states reflects an effort to “undermine the will of the American people.”

“The women and men I am privileged to serve place their lives on the line every day to defend the Country whose government is of the people, by the people, and for the people,” Archbishop Broglio concluded

He’s not alone in his criticism. Rep. Todd Akin (R-MO), the lawmaker who led the drive against the new policy last spring, said in a statement to Stars and Stripes that the new missive is an example of how the Defense Department is caving into the Obama administration’s liberal social agenda.

“The use of federal property or federal employees to perform gay marriage ceremonies is a clear contravention of the law,” said Akin, a member of the House Armed Services committee.

Tony Perkins, president of the Family Research Council, also pointed out that the repeal of DADT by a lame-duck session of Congress last year said nothing about authorizing same-sex “weddings” on military bases or by military chaplains.

“It is outrageous that only ten days after repeal of the law against homosexuality in the Armed Forces, the Defense Department is already pushing the military further down the slippery slope,” Perkins said.