A new study has found that despite the big promises of the Internet to allow unfettered free speech for all, Christian groups are among the few that are being censored online. 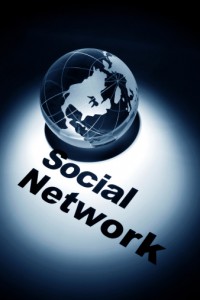 CBN.com is reporting that a new study conducted by the National Religious Broadcasters (NRB) has found that Facebook, Google, Apple, MySpace and Internet Service Providers (ISPs) such as Comcast, AT&T and Verizon – all practice some kind of viewpoint censorship. Only Twitter is truly allowing free speech on-line.

“Christian ideas and other religious content face a clear and present danger of censorship on web-based communication platforms,” says Craig Parshall, general counsel for the NRB.

If challenged in court, only Twitter would pass First Amendment muster if judged by traditional Supreme Court free speech principle, said the group. “All of the other new media platforms and service providers have written policies in place that violate fundamental rules of free expression, particularly as applied to religious free speech.”

These media platforms have various policies in place against “hate speech” which the NRB calls a “dangerously undefined and politically correct term that is often applied in the culture to stifle Christian communicators.”

The report says key issues are what it sees as: “(1) the past practices of anti-Christian censorship among some of these platforms; (2) free speech-inhibiting policies that facilitate censorship and which are already in place among almost all of the web-based communications companies reviewed here; (3) both market-driven and self-interest motivations for these companies to impose viewpoint censorship; and (4) the trend toward technological convergence of these platforms, which will further entrench their discriminatory practices and/or policies.”

NRB said it is not looking for litigation, legislation or regulation, at least not at the outset. “The best course of action is for new media platforms to recognize that with the enormous economic benefits that they have realized with their innovations in communications technology, also comes a great responsibility to the American people to facilitate their freedom of expression.”

The group is planning to contact each of the media entities studied with the hopes of dialoguing with them about their policies.

Colby May, director of the office of governmental affairs at the American Center for Law and Justice, teamed up with Parshall and other groups to examine the new media platforms censorship for the last year-and-a-half.

“There is a kind of viewpoint censorship that’s going on. And we need to go ahead and stand up and say, ‘Stop. Not here. Don’t do it. Wrong way. Turn around now,'” May told CBN News.

Most of what’s being censored pertains to the same-sex agenda. Probably the most well-known example is that of Apple stopping the distribution of two applications from Christian groups that opposed the homosexual agenda. These apps were pulled just because some people were offended by them.

May questions whether or not “We’ve crossed over into this netherworld where offense is now the justification upon which the rights we have as Americans to fully engage in the culture and to debate all issues is going to be decided.”

“More speech is better than less speech,” he said. “Open and robust debate and contending for the things that matter is essential.”