British Prime Minister David Cameron has pledged to get to work immediately on the creation of new policies that will reverse the “slow motion moral collapse” of his country, which he blames for fostering last week’s riots that left five people dead, thousands in jail, and hundreds of millions in property damage. 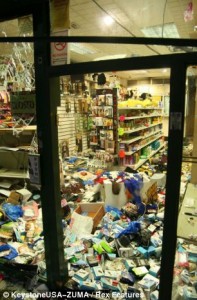 The Associated Press is reporting that the Cameron made this promise while speaking to an audience at a youth center in southern England, saying the country must confront a culture of laziness, irresponsibility and selfishness that he believes is responsible for fueling the riots.

“This has been a wake-up call for our country. Social problems that have been festering for decades have exploded in our face,” he said. “Just as people last week wanted criminals robustly confronted on our street, so they want to see these social problems taken on and defeated.”

He went on to promise to end a “culture of timidity” about discussing politically incorrect topics such as the breakdown of the family and poor parenting.

“We have been too unwilling for too long to talk about what is right and what is wrong,” Cameron said. “We have too often avoided saying what needs to be said, about everything from marriage to welfare to common courtesy.”

He continued: “Children without fathers. Schools without discipline. Reward without effort. Crime without punishment. Rights without responsibilities. Communities without control. Some of the worst aspects of human nature tolerated, indulged – sometimes even incentivized – by a state and its agencies that in parts have become literally demoralized.”

Cameron disagreed with his opponents who blame racial tensions, poverty and the government’s austerity program for the riots. Instead, he cited gang-related crime, and a widespread failure from Britain’s leaders to address deep rooted social issues, including the country’s generous welfare system. As a result, Britain’s damaged society has become one which “incites laziness, excuses bad behavior, erodes self-discipline, and discourages hard work.”

Steps are already being taken to punish participants in the riots by cutting off their welfare checks and denying them the right to use public transportation for free.

But these moves are angering Cameron’s opponents such as Labor Party leader Ed Miliband who is accusing the prime minister of being overly-simplistic in his assessment of the riots.

“The usual politicians’ instinct – announce a raft of new legislation, appoint a new adviser, wheel out your old prejudices and shallow answers – will not meet the public’s demand,” said Miliband. “Are issues like education and skills, youth services, youth unemployment important for diverting people away from gangs, criminality, the wrong path? Yes, they matter.”

Opposing opinions about the way to deal with the aftermath of the riots as well as the negative impact of the country’s massive social programs is expected to dominate political debate in the UK for some time to come.

Meanwhile, the AP is reporting that nearly 1,400 people have been charged so far with riot-related offenses and thousands more have been arrested. Several courts opened Sunday for the first time in modern history to try to reduce the backlog of cases.