The role social media played in the deadly riots in London and violent flash mobs in the U.S. in the past week are behind moves by law enforcement on both sides of the Atlantic to establish special crime units dedicated to policing Twitter and Facebook for evidence of crimes in the making. 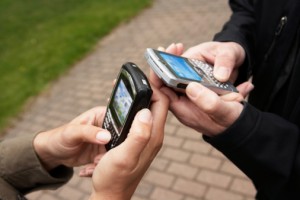 According to OpposingViews.com, New York’s Assistant Police Commissioner Kevin O’Connor has been tapped to head a new crime unit that will root out information about house parties, gang activity and other potential crime that may show up on Twitter, Facebook or the more insidious BlackBerry Messenger. Other cities may soon follow suit after social media was used by black youth at the Wisconsin State Fair last weekend to organize a flash mob that assaulted white fair-goers. It was also used in Philadelphia this week to gather youth who terrorized shoppers, and to summon two armed men who opened fire with an assault rifle on a bus full of people after riders confronted a woman who was beating her child.

On the other side of the Atlantic where social media was used to incite the deadly London riots, Scotland Yard issued a stern warning directed at anyone caught “inciting violence” on Twitter, saying the perpetrators would not go unpunished. Officers are now routinely monitoring the site for any sign of planned riots.

Facebook also played a role in organizing the violence. The Guardian is reporting that it was a Facebook post that called together the first crowd of rioters shortly after the death of Tottenham resident Mark Duggan, the incident that sparked the violence. Several hours later, when rioters set a double decker bus on fire, the page posted: “Please upload any pictures or video’s you may have from tonight in Tottenham. Share it with people to send the message out as to why this has blown into a riot.”

Twitter was also used to stir up trouble. For instance, police report they were able to intercept a riot planned for Sunday’s Hackney Carnival in London after spotting it on Twitter. They were able to avert the violence by cancelling the Carnival.

But the biggest problem British law enforcement is facing is with the more covert social network known as BlackBerry Messenger (BBM), which is the smart phone of choice for a majority (37%) of British teens. The BBM allows users to send one-to-many messages to their network of contacts, which are connected by “BBM PINs.” And unlike Twitter or Facebook, many BBM messages are not traceable by the authorities.

One BBM broadcast which was sent out on Sunday and shown to the Guardian by multiple sources, put out a call for “everyone from all sides of London” to vandalize shops on Oxford street.

It said: “Everyone from all sides of London meet up at the heart of London (central) OXFORD CIRCUS!!, Bare SHOPS are gonna get smashed up so come get some (free stuff!!!) . . . so if you see a brother… SALUT! if you see a fed… SHOOT!”

Another sent shortly before the outbreak of violence in Enfield on Sunday afternoon reads: “Everyone in edmonton enfield wood green everywhere in north link up at enfield town station at 4 o clock sharp!”

Unfortunately, this is nothing new. Gangs across the U.S. have been using Facebook and Twitter for years to organize their crimes. As one 15 year-old gang member told the New York Daily News two years ago, it is used to help fuel disputes and set up fights.

Kidnappers and drug cartels in Mexico also use Twitter, Facebook and MySpace to communicate, which is why the government is considering a bill to restrict social networking websites and set up a special police force to monitor them.

But social media has a flipside – it’s also useful in fighting crime mostly because criminals will often expose their plans via Twitter or Facebook which allows them to be caught before a crime takes place.

Citizens have also used it to help fight crime, such as in London this week where residents are using it to help police track down rioters by sending pictures of suspects. It’s also proving useful to alert neighbors of danger or to summon people into the street for clean-up.

USA Today is reporting that in one case, the @RiotCleanup Twitter page amassed more than 50,000 followers in fewer than 10 hours after it was launched and is now constantly broadcasting cleanup locations and times, along with other pertinent information regarding the initiative.

On Facebook, a similar page has emerged as the central location for information on the world’s largest social network.

The fact that social media has two faces – one good and one evil – is why Pope Benedict XVI has so wisely issued both blessings and warnings to users. In a homily delivered on Palm Sunday of this year, he said people have succeeded in “accomplishing a lot of things; we can fly, and we can see, hear and speak with each other from the farthest parts of the world, but the ability of gravity that draws us to the bottom of the strong.”

He went on to stress that great technological breakthroughs have contributed to the improvement of human life, but they have also increased the likelihood of evils.

The vast horizons of new media “urgently demand a serious reflection on the significance of communication in the digital age,” he said.