I received this heartbreaking e-mail from a woman whose cousin apparently died because of his involvement in Silva Mind Control. May this serve as a warning to all that the mind control tactics employed by many of these New Age charlatans are extremely dangerous! 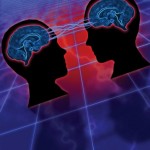 I need to tell people about the deceit of Silva Mind Control.

My cousin, a retired officer, became a master teacher in the organization.  He died two days ago of cancer. Not because he didn’t succeed in his medical attempts, because he believed he could CURE HIMSELF WITH HIS MIND!  He didn’t tell his wife, because he didn’t want her to bring “negative” messages into the spirit world. As he was slowly wasting away, he couldn’t tell

his so-called family of Silva Mind Control adherents because he was a master teacher, and didn’t want them to think he couldn’t cure himself with his mind.

He was a Catholic in name only but he did not know Catholic teaching. I believe this cult, even though it looks so innocent, is poisoning so many christians.

I want to thank you for writing about Silva Mind Control (URL).  I hope more information will start coming out to prevent this from happening to anyone else. I truly believe my cousin is not the only one involved in this who died alone and needlessly.