Just three years after belief in the Bible hit a 35-year low in the U.S., an analysis of U.S. Bureau of Labor Statistics done by polling giant Gallup has found that as unemployment increased, so did belief in sacred Scripture. 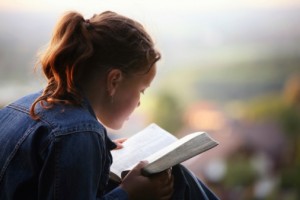 CNSNews.com is reporting that according to Gallup’s analysis, belief in the bible hit a record low in May 2008 when unemployment was hovering at 5.4 percent. At that time, only 76 percent of Americans told Gallup they thought the Bible was the “actual” or “inspired” word of God that should be “taken literally, word for word.” A record 22 percent said they believed the Bible was an “ancient book of fables, legends, history and moral precepts recorded by man.”

However, when Gallup polled this question again in May, 2011, with unemployment hovering at 9.1 percent – belief in Scripture had climbed to 79 percent of Americans who said they believed the Bible was the actual or inspired word of God with only 17 percent calling it a book of fables.

Gallup then reviewed historical data from the Bureau of Labor Statistics and compared the results of its polls on this issue with unemployment figures and saw that belief in the Bible goes up as unemployment increases.

The poll reached its lowest number in February, 2001, just seven months before the Sept. 11 attacks when unemployment was at a low of 4.2 percent. As unemployment climbed to 6.0 in the wake of the attacks, that number had climbed to a near record high of 82 percent by December, 2002.