Connecticut lawmakers displayed an appallingly lopsided set of priorities this week when they decided to toss out a bill requiring minors to get parental permission before using tanning parlors rather than allow a pro-life lawmaker to require the same permission for minors seeking an abortion. 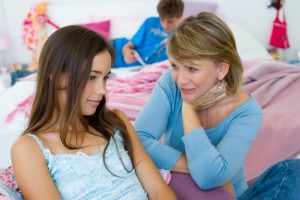 Chris Powell of the Journal Inquirer reports that state Sen. Michael A. McLachlan (R) noticed a glaring irony in a bill that was making its way through the legislature that would require minors to get their parent’s permission before using a tanning parlor. In a state where minors can’t get tattoos or body piercing without parental consent, why are they permitted to get abortions upon the advice of no one but the abortionist, even though the procedure may involve general anesthesia and is far riskier than using a tanning bed or getting a tattoo?

He decided to prepare an amendment to the tanning bill that would require parental consent before a minor could obtain an abortion. But the Senate’s Democratic leadership decided that they’d rather throw out the entire bill – and blame McLachlan – than risk “a long and uncomfortable debate.”

” . . . (T)he law legitimizes a horrible conflict of interest,” Powell writes. “It deprives minors of any true guardians at a moment of the most profound risk to their physical and mental health, giving guardianship to their surgeons, even though, by definition, the pregnancy to be terminated is the result of statutory rape or worse, and even though the failure to notify parents, guardians, or law enforcement may conceal the most abusive felonies and facilitate still more abuse.”

He cites the sensational case of a 15 year-old girl that grabbed headlines four years ago in the state. She ran away from her home in Bloomfield and was gone for almost a year before being discovered in the home of a 41 year-old man. During this time, the girl had an abortion and because no one at the Planned Parenthood clinic reported what was obviously a case of statutory rape, she was returned to the man’s custody.

“The General Assembly legislated unrestricted abortion for minors largely because most legislators found the subject so sensitive and ugly that they could handle it only by covering it up, by ensuring that no questions would ever be asked officially,” Powell writes.

“Not even legislating a bypass around parental consent, allowing pregnant minors to go to a court to obtain permission for abortion when, for some reason, it was thought necessary to prevent parents from exercising their responsibility would satisfy the advocates of absolute abortion rights for minors, advocates of abortion as the highest social good. They denounce as oppressors of women even those who, while supporting abortion rights in all other respects, think that the law should seek accountability for the rape of children.”

He adds: “Politically feared and politically correct as such denunciation is, it is not argument, and the hysteria directed at McLachlan over his attempt to amend the tanning bill suggests that its perpetrators know it. If they weren’t so afraid of argument they could have called the tanning bill and let McLachlan offer his amendment and then have voted it down without comment before passing the bill itself, and Connecticut could have gone on thinking that it protects children – at least when protecting them is politically correct.”