Catholic universities around the country are once again defying the U.S. Bishops by inviting pro-abortion, pro-homosexuality speakers to their commencement ceremonies as well as permitting “lavender commencements” that celebrate homosexuality. 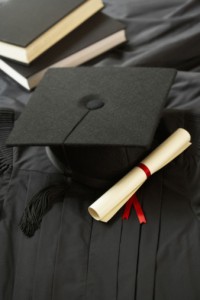 The Cardinal Newman Society, an organization dedicated to restoring the Catholic identity in the nation’s Catholic universities and colleges, published an extensive list of offensive speakers and commencement ceremonies that have taken place thus far on campus around the country.

For instance, Georgetown University, the nation’s oldest Catholic university, allowed the latest trend in graduation ceremonies to take place on its campus this year. Known as a “lavender graduation,” it is designed to honor homosexual graduates. Georgetown’s celebration, which was attended by the University’s president JohnDiGioia and four deans, included an address by openly gay U.S. Representative David Cicilline of Rhode Island and a parade around campus with a rainbow flag.

Pro-abortion speakers were also in demand at Catholic universities this year.

St. Vincent’s College in Connecticut invited U.S. Congressman Jim Himes as commencement speaker. Himes was a staunch supporter of the infamous Freedom of Choice Act which sought to install abortion as a fundamental human right.

Salve Regina University invited pro-abortion Jill Biden, wife of Vice President Joe Biden to speak at their graduation on May 15.

Seton Hall University, the diocesan university of Newark, New Jersey, invited Timothy Wirth, Clinton’s Under Secretary of State to deliver its commencement address. Wirth joined forces with Cecile Richards, president of Planned Parenthood, to chide the U.S. bishops for trying to strip funding for abortion out of ObamaCare.

Benedictine University in Illinois hosted pro-abortion Donna Brazile, Al Gore’s former campaign manager and a political commentator, as commencement speaker this year. Brazile publicly supported President Obama’s reversal of the Mexico City Policy, which bars taxpayer funds for overseas organizations that provide abortions. She also supports unfettered access to contraception and has been highly critical of abstinence-only education.  In a 2005 Ms. Magazine article, “Why Choice Matters,” Brazile rallied support for “reproductive rights” including abortion, “to stop the religious right from moving into our pulpits” and to fight “anti-choice extremists.”

The commencement speaker at St. Catherine University this year will be Sr. Carol Keehan, DC, president of the Catholic Health Association and the lobbyist who many believe did the most to undermine the U.S. bishops and pro-life organizations during the contentious battle over ObamaCare.

St. Joseph’s University in Philadelphia invited Bob Wright, former CEO of NBC Universal, along with his wife Suzanne, to deliver the commencement address as well as receive honorary degrees for their work with an autism charity. The pair are big supporters of the same-sex marriage advocacy group, Freedom to Marry.

Another big business leader and proponent of same-sex marriage is Chuck Geschke, co-founder of Adobe, who addressed Xavier University graduates earlier this month. Geschke and other Silicon Valley business leaders established the group “Silicon Valley Leaders Say No on Proposition 8” to oppose the voter-supported ballot initiative that amended the state’s constitution in favor of traditional marriage.

According to CNS, some administrators at Catholic colleges think its okay to honor someone for their good works, and wonder why their other activities – which defy the Church’s moral teachings – should matter.

“Good people who compromise morality to do bad things—harmful things—deserve our compassion and counsel, but not our honor. We certainly do not want Catholic college graduates following the same path, expecting the future admiration of their mentors.”

They add: “A Catholic education should mean more than that—if, at these institutions, it still means anything at all.”