The Most Rev. Michael Sheehan Archbishop of Santa Fe, New Mexico, has issued a pastoral letter in which he addressing the problem of Catholics who cohabit, saying they are living in a state of mortal sin and should not receive the sacraments until they make their union acceptable to Jesus Christ. 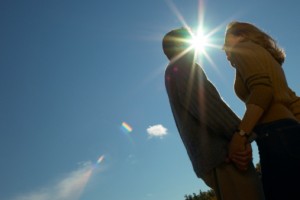 The pastoral letter, which was read in all parishes in the Archdiocese, is compassionate but firm in stating that Catholic couples who cohabit, who are not married in the Church, or who remarried outside the Church, should not receive the sacraments, be commission as Eucharistic Ministers, or serve as godparents or Confirmation sponsors. The only exception would be for those couples who agree to live chastely until they have made their union acceptable to God.

“There are only two lifestyles acceptable to Jesus Christ for His disciples: a single life of chastity, or the union of man and woman in the Sacrament of Matrimony. There is no ‘third way’ possible for a Christian. The Bible and the Church teaches that marriage is between one man and one woman and opposes same sex unions,” the Archbishop writes.

“These people are objectively living in a state of mortal sin and may not receive Holy Communion. They are in great spiritual danger,” he says.

“Of these three groups, the first two have no real excuse. They should marry in the Church or separate. Often their plea is that they ‘cannot afford a church wedding’ i.e. the external trappings, or that ‘what difference does a piece of paper make?’ – as if a sacramental covenant is nothing more than a piece of paper! Such statements show religious ignorance, or a lack of faith and awareness of the evil of sin.”

The third group, those who have remarried outside the Church, have the option of a getting an annulment after which their marriage can be blessed in the Church and they can resume reception of the Sacraments.

“Christ our Lord loves all these people and wishes to save them – not by ignoring their sin, or calling evil good, but by repentance and helping them to change their lives in accordance with His teaching,” he writes.

The Archbishop concludes: “Our popular American culture is often in conflict with the teachings of Jesus and His Church. I urge especially young people to not cohabitate which is sinful, but to marry in the Church and prepare well for it.”

The complete text of the pastoral letter can be found here.