A pro-family group in Florida is warning families who plan to visit the Magic Kingdom this summer to avoid going there on the weekend of June 4, which is when approximately 15,000 people will converge on the site to celebrate homosexuality. 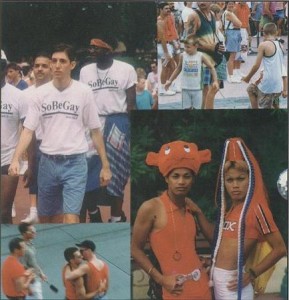 David Caton, executive director of the Florida Family Association (FFA) is getting out the word to families to avoid Disney World on June 4 of this year, which is the date set for the annual “coming out party” for homosexuals, lesbians, and trans-gendered people. Caton is not asking the park to cancel the day, simply to hold the event after hours as they do for many other events.

“Disney requires special events like Grad Night and Night of Joy to be held after the Magic Kingdom’s regular operating hours. Disney does this to avoid having a large group of likeminded people in the park at the same time with regular patrons who expect a normal day at the Magic Kingdom,” Caton explained.

“Why would Disney allow Gay Day to take place during regular operating hours at the expense of offending tens of thousands of unsuspecting guests when they require other special events to be held after normal operating hours?”

The event has proven to be very offensive to the general public in the past. His teams estimate that as many as 10,000 people enter the park on Gay Day and promptly exit by 1:00 p.m. after witnessing the same-sex revelry of the crowd – which includes people dressed in drag and kissing and groping one another in public  (see photos at right of past Gay Days taken by FFA).

“Our team took numerous pictures of offended guests,” Caton says. “One man with a family of fourteen from Brazil furiously sought out Disney personnel who promptly gave him a handful of free passes. One of those Disney officials informed us that they gave out 3,000 free passes just in the first two hours of the event.”

Thus far, the FFA has raised enough funds to rent an airplane which will fly over the Orlando area on that Friday and Saturday with banners warning about the event.

Canton is also recommending that members inform friends and family who are planning to visit the Magic Kingdom this summer to avoid this particular weekend, and to write to CEO Robert Igner asking them to move the event to after-hours.

Click here for a prepared e-mail that will automatically be sent to Disney execs.