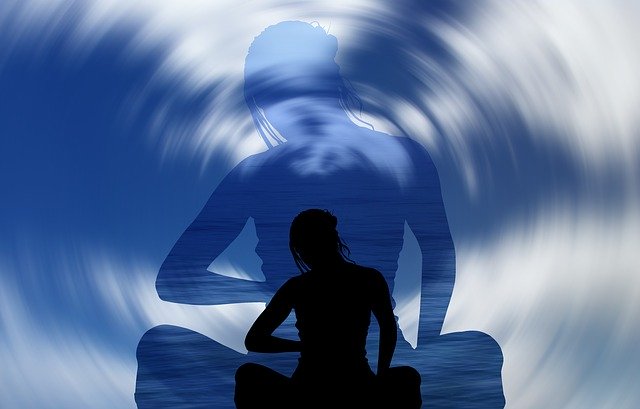 According to a recent podcast by Dr. Willoughby Britton, the world’s leading authority on the negative effects of meditation, users of popular meditation apps are reporting problems ranging from psychological issues to being introduced to religious practices without being duly informed.

In the February, 2020 podcast hosted by Fitmind, Willoughby Britton, Ph.D., Assistant Professor of Psychiatry and Human Behavior at Brown University Medical School and Director of the university’s Clinical and Affective Neuroscience Laboratory warns that  meditation app users are among those who are experiencing negative effects from these practices.

Dr. Britton, who has done ground breaking research into the dark side of today’s popular forms meditation such as mindfulness, is the founder of Cheetah House, which is devoted to helping people who have had negative psychological experiences during meditation.

“Quite a few app users are showing up at Cheetah House,” Dr. Britton said and although she declined to name the apps, she described them as being “some of the most popular.”

The problems she spoke about in the podcast were typical of what she described as “mindfulness light programs” – those that are used in schools and meditation apps, none of which are new to her. In her groundbreaking study, Varieties of Contemplative Experience, she identifies 59 categories of different negative experiences found among meditators, including those who meditate for less than an hour a day.

“The most common are disorganized arousal – hyper arousal like panic, agitation, insomnia, loss of appetite, involuntary movement, traumatic memory re-experiencing; or hypo arousal – dissociations such as feeling outside body, like you don’t exist, loss of emotions,” she said.

Are some people more at risk, and are certain types of meditation riskier than others? It’s impossible to give a simple answer to those questions, she said, because it’s usually a combination of many factors that are involved in determining whether someone has a negative or positive experience. It can depend on factors such as one’s motivation to meditate, their personality and physiological constitution, the particular practice, the app they’re using, how much supervision they’re getting. As for which practices are riskier than others, she has found that concentration-based practices, which are those that focus on breathing, are among the more problematic.

What one person might find beneficial may destabilize someone else, which is  why it’s important to remember that meditation is not a “warm bath” that makes everything better. It’s not just about calming down for a few minutes but can result in sticky psychological issues for some people.

Another important issue she raised about meditation apps is how some are advertised as secular and then introduce people to Buddhism or other religion-based meditation techniques.

“I’ve heard from people who went to a meditation app that was advertising benefits in a clearly secular way…but when someone called them in a panic to say ‘I don’t’ feel like I exist, I don’t have a body, they were told ‘you’re having an insight into no-self’” which is a Buddhist concept that the user may not have been informed about when they downloaded the app, she explained.

If an app provider presents itself as secular and doesn’t mention Buddhism in their advertising, then they have essentially entered into a contract with the consumer to provide the health benefit angle that they’re advertising, Dr. Britton said.

“I see this bait and switch thing happen a lot which I think is really unfair to the consumer. If they wanted a religion they would sign up for one. If they want something secular and that’s what they’re promised then that’s what they should stick to,” Dr. Britton said.

“It’s really confusing right now. A lot of these programs are sort of a mix and it’s not clear where they’re coming from. From the people who call me, I see a fairly persistent sort of spiritualizing or dismissal of a lot of these (negative) experiences where the person themselves says ‘no, this is a problem’ and the teacher says, ‘oh no no, it’s a normal part of the stage of the path,’ and the person says ‘I can’t work, I don’t feel anything for my children, this is not okay’.”

Dr. Britton believes it should be the consumer who decides what’s normal and valuable to them, not an app provider.

“I come down on the side of the meditator. I’m more of a patient advocate. They should get to decide what’s desirable for them and not have someone else’s worldview or values imposed on them.”

Far too many people are finding this out the hard way.

Dr. Britton warns anyone who is considering this kind of meditation that these practices are hard and come with challenges and difficulties much like embarking on a new exercise routine. A person has to decide for themselves if it’s worth the difficulty – and everyone draws the line at a different place. People looking to engage in these practices need to do so with their eyes wide open.

“If you think meditation is going to be fun and peaceful and calm, then you are extremely uninformed,” she said.

If you or someone you love has experienced negative reactions to mindfulness and other types of meditation, please visit Cheetah House.