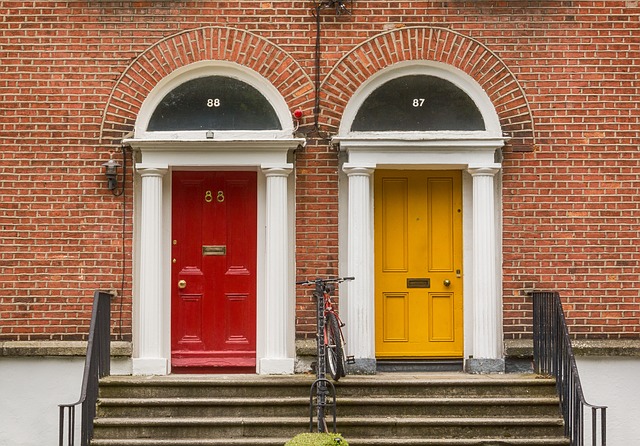 A youth group minister alerted us to a trance-induction game known as Red-Door-Yellow-Door which is enjoying enormous popularity at sleepovers and on the teen social media platform, TIKTOK, even though it has left many players shaken and afraid.

The leader of a parish youth group in New Jersey said members of her group were coming to her to express alarm about teens they knew who were playing the “paranormal game” at parties and sleepovers, then uploading videos to the teen social media platform, TIKTOK.

The game requires two people. One person, known as the guide, sits cross-legged on the floor and puts a pillow in her lap. The second person lays down with her head on the guide’s lap. The person is instructed to put her arms in the air and when she relaxes into a trance to put her arms down. The guide then begins to massage her temples and chants “red door yellow door any other color door” over and over, either by herself or with a group, until the person puts their arms down to indicate they are in a trance.

The guide then asks a series of questions such as, “What do you see?” “What color door do you see?” and suggests what door the person should open.

Once inside a room, the guide asks the teen to reveal what she sees. Descriptions vary, but there are a few sightings that are common among the players. For example, seeing someone looking at them, usually a man in a suit, who makes them feel uncomfortable. A room full of clocks is regarded as a “trap’ in the unofficial rulebook. Getting trapped in a room is a signal to quit the game immediately. One teen saw a room with “mushy piles of human remains” on the floor and blood and flesh on the walls while others spoke about tapestries composed of broken bones. A teen’s “journey” through the doors can last anywhere from a few minutes to 15 minutes.

A teen promoting the game on social media descibed it as a way to “explore the inner workings of your own mind…to realize that there’s a dark side to everyone.” She went on to suggest that “things you may encounter in this game may be the very things you’re trying to avoid in life.”

Although it all sounds like the typical “creepy-story” party fare, one of the videos I watched showed a teen who started to convulse, her body bending and arching strangely before she snapped awake and sat up looking dazed and confused. She was unable to describe what happened to her. Another teen saw something so terrifying he could only lay on the floor, moaning and gasping in horror until the guide slapped him to wake him up. The majority of the teens in the videos woke up shaken and crying. If they were acting and these events were staged, these teens deserve an Academy Award.

Almost no one who played the game in the videos we viewed had a pleasant experience and all players awoke to warn people not to play the game.

While it’s safe to conclude that some teens are indeed “faking it”, repetitive chanting is a typical method used to hypnotize a subject, a process that works very well and very quickly, especially when the subject wants to be hypnotized. If a teen does enter an altered state, the same precautions would need to be taken as if they were being hypnotized. For example, hypnosis is not appropriate for people with mental challenges, a history of trauma, etc. because they can be adversely affected by the experience. Adverse reactions range from headaches to anxiety, distress and even the creation of false memories. This is why hypnosis should only be undergone under the guidance of a licensed healthcare provider who is trained to handle any negative reactions that might occur during a session. Of course, none of these precautions are in place during sleepover parties where authorities figures are usually banished to the far side of the house.

What is even more concerning is that when a person is in an altered state, he or she is open to suggestion, and these suggestions can come from either natural or preternatural sources. A teen may wake up from this game and think it was just a super-creepy experience without being aware that suggestions were planted in their mind by demonic entities.

Just because this game is associated with teen sleepovers, doesn’t make it harmless. The Ouija board is also a popular sleepover game and we all know where that can lead.

As we advised the youth group leader, teens need to be warned about the very real dangers they may be exposing themselves to if they choose to use this game as a way to have a “scary-story moment” at a sleepover. Entering an altered state through a game, eastern meditation practices, or unsupervised hypnosis can leave a person permanently affected in both mind and spirit.