Norma Jean Coon, who believed herself to have been ordained to the diaconate in 2007 has had a change of heart and has publicly posted a document of renunciation. 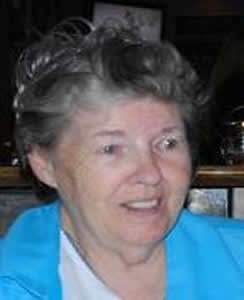 “On July 22, 2007, I was ordained to the diaconate by Bishop Patricia Fresen, of Germany and South Africa who was ordained by three male bishops in Germany for the group called Roman Catholic Women Priests,” Coon states in a posting that appears on her website.

“The ordination took place at the Santa Barbara Immaculate Heart Spiritual Center. Because neither Patricia Fresen nor myself were given permission for the ordination by Pope Benedict XVI, the ordinations were illegitimate and not recognized by the Roman Catholic Church. Thus an excommunication process called Latae Sententiae occurred, excommunicating oneself by failure to observe the Canon Laws of the Church.

“I wish to renounce the alleged ordination and publicly state that I did not act as a deacon as a part of this group except on two occasions, when I read the gospel once at mass and distributed communion once at this same mass. I withdrew from the program within two weeks of the ceremony because I realized that I had made a mistake in studying for the priesthood. I confess to the truth of Pope John Paul II’s Apostolic Letter Ordinatio Sacerdotalis . I confess the authority of the Holy Father on these issues of ordination and recognize that Christ founded the ordination only for men.

“Formally, I relinquish all connection to the program of Roman Catholic Women Priests and I disclaim the alleged ordination publicly with apologies to those whose lives I have offended or scandalized by my actions. I ask God’s blessings upon each of these folks and their families.”

The statement was signed by Coon on Feb. 8, 2011 in San Diego, California.

She goes on to offer a prayer asking for God’s blessing on her bishop, pastor, and the priests in Rome who assisted her in being re-instated to the Catholic Church.

“Forgive me my Beloved Jesus and Mother Mary for pursuing my own will in this matter of ordination and as I consecrate myself to your Divine Will through the Sacred Heart and the Immaculate Heart of Mary, I ask you to pour out Light and Love upon any who have placed themselves outside of your Love and Light.”

Fr. John Zuhlsdorg of the popular, What Does the Prayer Really Say blog, admits that he is very impressed with Coon’s about-face and awards her the “highest kudos.”

“I will say Holy Mass for her and her family later this week,” he writes on Feb. 23 blog. “I ask you, readers, to stop and say a pray for them as well.”