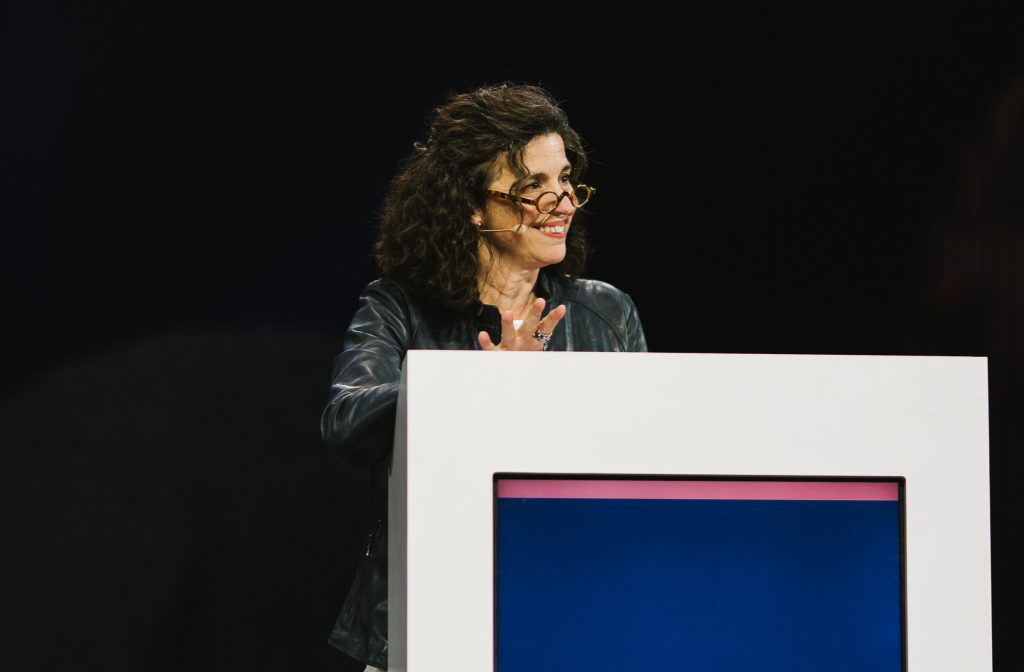 Photo Courtesy of Even the Sparrow

When I was invited to attend the FOCUS conference, SLS20: “Made for Mission” in Phoenix Dec 30-Jan 3, I jumped at the chance. The prior year’s event, SEEK2019, had been attended by some friends who declared it life-changing. And to have it in my backyard? Count me in!

It didn’t disappoint. In fact, it resurrected hope. How could it not, when you were surrounded by flourishing orders of radiant sisters, legions of young priests, streams of passionate young Catholics, and orders, initiatives, universities, and institutes completely dedicated to renewing the faith both in the hearts of individuals, in society, and in the Church?

While there, I had the chance to meet Helen Alvaré, professor of law at Antonin Scalia Law School, George Mason University and, who, among many other roles, serves as a consultor for the Pontifical Council of the Laity, an advisor to the U.S. Conference of Catholic Bishops, and cooperates with the Permanent Observer Mission of the Holy See to the United Nations as a speaker and a delegate to various United Nations conferences concerning women and the family.

I wondered if she saw signs of hope, as I did:

There’s no denying that the Church is in a state of crisis right now. But I’m wondering where you see the greatest signs of hope?

Helen Alvaré: The first thing is I always remember is that the Church has been in crisis in the past—in possibly more epic proportions. The great irony/evil of the crisis today is that the crises in the past have been about the nature of the human person’s relation to God. Now we have the world obsessed with the sexual question and we have the Church falling down around the nature of sexual abuse—precisely when it is needed to take up this question.

From my experience as a scholar of law and religion, having been in almost every state multiple times representing the bishops and having been all over the world, I see as a first sign of hope the scholarship, the catechesis, and the literature based on tradition and the patristics but developing around our current questions.

And I know—I meet them here at FOCUS, I meet them around the United States— the number of efforts going on the Church to bring these teachings back into regular catechesis at the elementary level, secondary level, university level, and into institutions like the family.

When (the Church) got really populous in the United States, in the ‘50s, ‘60s, and ‘70s, and everybody was accepting us as mainstream, we got sloppy. We were very busy trying to be accepted into the American experience and we forgot the depths of our faith, we forgot that it is different from U.S. cultural norms, we forgot how brilliant it is, we forgot to form ourselves as deeply as we could.

That mass of kids swarming into Catholic schools and sacraments that we took for granted for several decades? It was actually kind of an inch deep—and we see that now, and we see that while we are compatible with the best of the American Experiment, we’ll always also be different from the values of a particular nation or place.

But now, the Catholic catechetical efforts going on in colleges, Theology of the Body institutes, Thomistic institutes, Lumen Christi Institute, these things are springing up in response to needs.

To summarize, for me, signs of hope are the body of intelligent faith and reason we have to draw from plus the number of grass-roots efforts that are taking advantage of it and making it accessible to more and more people through the use of communication: podcasts, blogs, social media.

Social media isn’t going to save us, but the communication of highly important and truly brilliant Catholic ideas is getting out there and that’s hopeful.

I love that. Spiritualdirection.com and the Avila Foundation, which I work for, is a movement to bring back authentic Catholic spirituality.

Helen Alvaré: Which is so awesome. Do you know that book by Ralph Martin?

Fulfillment of All Desire?

Helen Alvaré: Yes, that is the book I read every day!

He summarizes the Doctors of the Church and its so accessible—but so deep.

You just know that when you start with something that small, and it gets that big—it is the Lord.

What do you see as a woman’s unique place in the Church and the world? In all these grassroots movements, is there a way women are uniquely equipped to act and serve?

My first instinct is not to draw lines between men and women. I first like to talk about our common humanity as children of God, with a variety of skills and talents that have been given to us and all to be deployed as children of God with our primary end in mind.

Secondarily, there are things which women—as women—have special gifts for. And which need to be articulated today because these gifts are counted as weaknesses. They must be counted as strengths because they are gifts of God and because they are obviously deeply beneficial to the world. Pope St. John Paul II’s Mulierius Dignitatum zeros in on it nicely: woman’s capacity for the other.

Today, what gets rewarded is the individualistic pursuit of some temporal end. But women’s capacity for the other has high costs for us: time, attention, position. We make job choices and time choices to care for children—and everybody—when they need it most and as they need it (wanting their good in a disinterested way). That is clearly a social benefit and a benefit to women themselves. How can we not see the size of that good?

In every initiative in the Church, in every level, parish, diocese, national conferences, international, etc.—whatever is going on, whatever they are trying to accomplish, you need people not only of different gifts but women who have certain primary gifts.

For example, I was head of a commission to investigate clerical sex abuse in the archdiocese of Philadelphia. I looked over the files of complaints and responded with a 100-page report and had to reduce it for the press at a press conference. And I said then it was almost as if the diocesan personnel, receiving these complaints–probably men–did not have the heart and mind to completely grasp the horror of a young person being violated. This is not meant to be sexist, but I think if you had women with children in that office, or men with children, but at least one woman—to grasp the horror, I think these complaints would have been dealt with differently from the beginning.

It reminds me of when I watch war movies with my husband and I have such a hard time because I see, in everyone who dies on screen, somebody’s son. But he is able to watch it more from a distance and see it as a great story.

Helen Alvaré: Yes. And we need both.

Our conversation makes me think of St. Edith Stein, who believes that in every area of life that particular genius of women brings a valuable dimension.

She said that “In order to Divine Love as its inner form, a woman’s life must be a Eucharistic life.”

Do you find that true for your own life and what does that mean for you?

For me, “Eucharistic” can mean several things. One is the actual understanding—that God is actually present. He promised that He wouldn’t leave us, and He didn’t. And we need to live in such a way that people see Him in us. How else can they know He is still here?

Second, is its meaning of ‘communion’ and the way that it unites us—there are not varieties of Catholicism. We come together in the Church in an impossible unity.

Unity is prior to separateness in Catholicism. Sometimes I meet a person geographically very far away, who is in the Church, and my heart is suddenly in my throat because I know we are one.

Originally published on Even the Sparrow: Timeless Wisdom for Today’s Woman