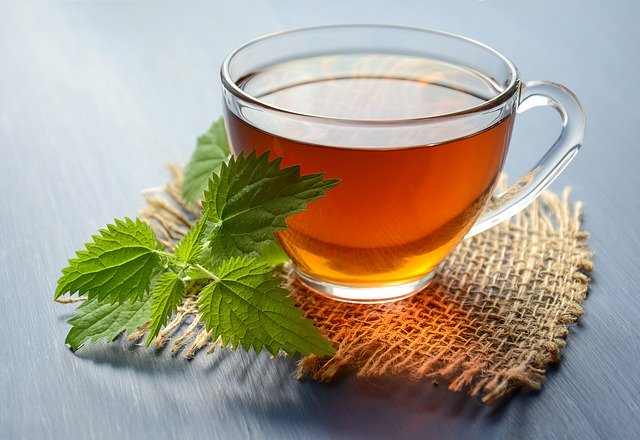 One of our readers wanted to enjoy the health benefits of an herbal tea known as “tulsi tea” but was disturbed to learn that this particular tea is associated with Hindu worship. Is it okay to drink it?

Yes! Tulsi tea is nothing more than a drink made from the steeped leaves of a particular kind of basil plant. The fact that Hindus use it for reasons of worship should not concern us any more than a person should be concerned about drinking wine because it becomes the Blood of Christ during the Consecration at Mass. Unlike yoga, which is far more problematic because the asanas (poses) themselves are used as positions of worship to Hindu gods, tulsi tea is, in itself, just tea, albeit one that is sometimes used for religious purposes.

For those who have never heard of it, the tulsi plant is referred to as “holy basil” in some cultures, most notably in India where it is believed to be the earthly manifestation of Lakshmi, goddess of wealth and consort of the Hindu god, Vishnu. As Teatulia  explains, it is part of the Lamiaceae family of aromatic flowering herbs that contain mint, sage, oregano, rosemary and lavender and comes from the same herb family as common cooking basil. The herb is native to the Indian subcontinent and throughout the Southeast Asian tropics. 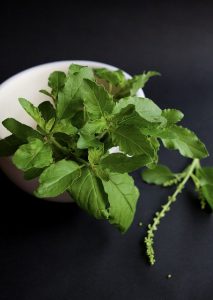 Tulsi has a long history of legends affixed to it which explain why it is worshipped in some cultures, such as how the plant represents a threshold point between heaven and earth and that the creator-god, Braham, resides in its branches.

Other legends are more colorful, such as the belief that the tulsi plant is the earthly manifestation of Lakshmi, the goddess of wealth and principle consort to the Hindu god, Vishnu, who was cursed by Vishnu’s other wives and forced to be born on earth as the tulsi plant.

The plant is also used in various ways in Hindu worship, such as wearing prayer necklaces made of tulsi stems and mixing tulsi petals with water to give to the dying in order to facilitate the passing of their souls. It’s also used ceremonially at the end of the monsoon season and the beginning of the Hindu wedding season.

“In addition to being worshiped at ceremonies and temples, the tulsi plant is worshipped at home. The plant can be found growing in many Hindu households, traditionally planted in a home’s central courtyard in earthen clay pots ornamented with images of deities or other religious figures. Some houses may keep up to a dozen or more tulsi plants to create a miniature holy basil forest,” Teatulia explains.

Aside from these purposes, it is also used in the creation of ayurvedic medicines and as an ingredient in Thai cuisine.

For those who just want to drink basil tea, it is steeped in hot water like any other tea.

While tulsi tea does have a colorful history, and may be used for worship in some cultures, this doesn’t change the nature of what it is – tea made out of a particular kind of basil leaves.