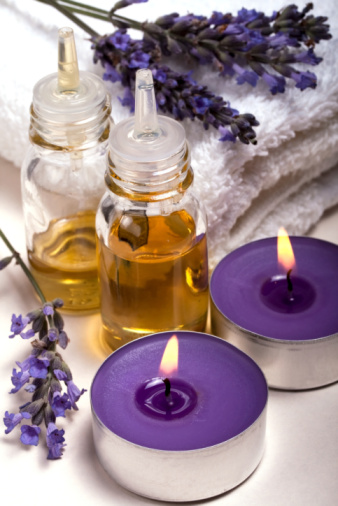 LD writes: “I am so tired of Christians trying to sell me essential oils! One of the most commonly repeated reasons I get – besides how they can cure everything from cancer to hangnails – is that they ‘come from the Bible.’ It’s true the Magi brought oils to the baby Jesus, but is this the same thing that is being sold by doTERRA and Young Living?”

Dr. Robert Pappas, a well-known chemist and founder of Essential Oil University, disputes this claim, saying that the oils used in Biblical times “would not have been essential oils, at least not by todays definition of being steam distilled products.”

This is because steam distillation was not discovered until the 11th century AD.

“Aromatic products used during these ancient times would have been of a crude solvent extracted nature using fats and pressed oils and the like and would not have been very concentrated (not to mention that extracted products yield very different chemistry than distilled products) and therefore their use cannot really be related to how we should use the steam distilled essential oils of today,” Dr. Pappas writes.

Young Living is one of the biggest promoters of “Biblical” oils. In this training tape produced by the late Gary Young, founder of Young Living, he claims that the 12 oils he chose to include in the company’s Ancient Scripture Oil kit (cost $200+) “basically represent the Twelve Tribes, the Twelve Disciples, and the twelve months of the year. The energy with twelve is a great feeling, so that is why we chose to go with twelve.”

Also included in this training tape is Young’s instructions on how to “bless” these oils: “You hold the oil in your hand and project your thoughts–whether you actually hold that oil and give it a blessing. To me, it isn’t the focalness [sic] of what you are saying that determines whether that oil has been blessed for that purpose, but the fact that you have directed your energy into that substance. That is what enhances the substance to do more and go further than it would ordinarily.”

The idea that distributors might be “blessing” oils has caused many an oil enthusiast to lose some of their fervor, or at least to bypass producers that distribute via multi-leveling marketing models to insure that the product they receive isn’t passing through so many unfamiliar hands.

He also insists that through this blessing, which infuses one’s energy and the projection of thought into the oils, it can actually raise the frequency of oils over 100 megahertz.

“In order to get your energy up, you have to think about something special–something that excites you,” Young instructs. “You have to think about something that just gives you butterflies as you start bringing those images into your mind. When that happens and you start feeling it, then put that oil between your hands and focus on projecting those thoughts into that oil– then test it again and see what happens. I have done this numerous times with oils using my frequency monitor and have raised the oils over 100 megahertz in frequency simply by projecting thought.”

Dr. Pappas has some very pointed words for this particular claim.

“Please don’t fall into the old frequency trap that has been circulating around the internet since the 1990s. The problem with all this is that 99% of people don’t understand quantum mechanics well enough to be able to clearly see through the scam, or if they do suspect its a scam they don’t have the background to articulate why it’s a scam so they just don’t comment at all. It is well known in science that molecules are constantly absorbing and emitting electromagnetic radiation of various types and many different frequencies. But the way that the typical eo frequency scam is described makes no scientific sense at all. I think part of it started as a way to sell high priced and useless frequency measuring equipment.”

Thankfully, serious scientific study of essential oils is ongoing. Users are advised to be careful not to get ahead of the science simply because producers are using exaggerated and disingenuous Biblical connections in order to make a sale.