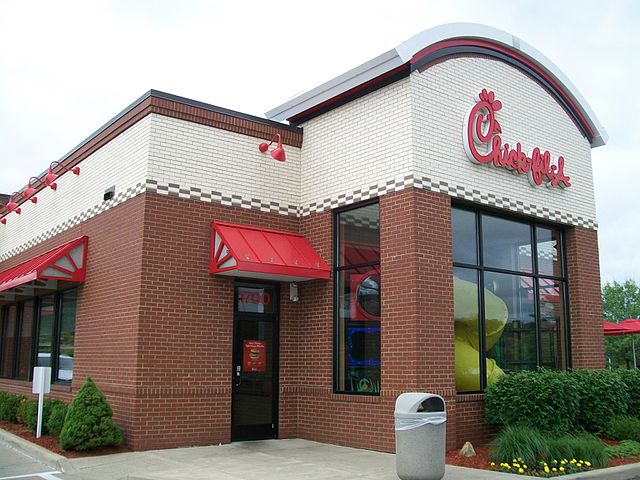 The jury of public opinion is still arguing over whether or not Chick-fil-A caved to LGBT pressure when the company decided to stop donating to two groups that support traditional marriage; however, the company says it fully intends to continue to contribute to faith-based organizations and the LGBT community isn’t happy about it.

According to FoxNews.com, the company issued a statement on Monday saying that starting in 2020, the Chick-fil-A Foundation would be introducing a more focused giving approach “to provide additional clarity and impact with the causes it supports” by deepening its giving to a smaller number of organizations that work exclusively in the areas of education, homelessness and hunger.

At the same time, they announced that they will no longer donate to The Salvation Army and the Fellowship of Christian Athletes, two Christian organizations that uphold the biblical view of marriage. Donations to these organizations was largely responsible for causing the company to be branded as anti-LGBT by activists.

However, according to a spokeswoman for Chick-fil-A who spoke to the Thomson Reuters Foundation, the reason they stopped these contributions is because “We made multi-year commitments to both organizations and we fulfilled those obligations in 2018.”

The company has decided that they will no longer make multiyear commitments in order to allow them to reassess their philanthropic partnerships annually to enable maximum impact.

“These partners could include faith-based and non-faith-based charities,” the company said.

Whatever the reason, the decision to stop donating to The Salvation Army and the Fellowship of Christian Athletes kicked off a firestorm of criticism by the public who saw the move as a betrayal of those customers who stood beside the company in 2012 when Chick-fil-A CEO Dan Cathy came under fire for publicly stating that he did not support gay marriage.

On the other side of the issue, LGBT activists viewed the decision with “cautious optimism.” Prominent LGBT publications reported the news under headlines such as  “Remember, Chick-fil-A isn’t LGBT-Friendly Yet,” by LGBTQ Nation and The Advocate’s “Chick-fil-A Isn’t LGBTQ-Friendly, Despite Pledge on Donations.”

As Fox reports, GLAAD’s director of campaigns and rapid response, Drew Anderson, said if Chick-fil-A wants to be taken seriously, it should disavow its anti-gay reputation and ensure restaurants are safe for gay employees.

“In addition to refraining from financially supporting anti-LGBTQ organizations, Chick-fil-A still lacks policies to ensure safe workplaces for LGBTQ employees and should unequivocally speak out against the anti-LGBTQ reputation that their brand represents,” the organization tweeted.

In other words, this isn’t enough, nor will it ever be.

“Dear Chick-fil-A, nothing you do will ever ever satisfy the LGBT hierarchy,” tweeted Obianuju Ekeocha, founder of Culture of Life Africa. “Unless you rend your garment, beat your chest, gnash your teeth and renounce your Christian stance. You chose to bow down, be ready for complete submission.”

Tony Perkins, president of the Family Research Council agrees. “That’s what this chicken company doesn’t understand. Stand strong, and the bullies will leave you alone. Cave, you’ll be led down a path of complete surrender.”

He adds: “Every believer in today’s culture understands the price of standing for truth…The world tells us: Don’t rock the boat. Scripture disagrees. Don’t pray for deliverance, the disciples were told. Pray for boldness. God changes the course of human history through people who fear Him, not the intolerant crowd.”