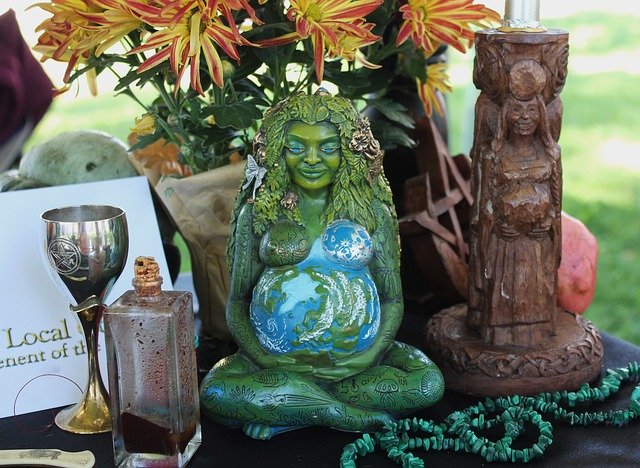 Father Mitch Pacwa believes the inclusion of a fertility goddess image in the Amazonian Synod ceremonies was the source of “major scandal” in the Church and explains why this should never have occurred.

According to Church Pop, Father Mitch addressed the Pachamama scandal on the latest episode of EWTN’s Scripture & Tradition.

For those who are not aware of the scandal, statues of the Pachamama, depicted as a semi-naked pregnant woman, who is revered among the indigenous people of the Andes as the goddess of fertility, first appeared in an October 4 tree-planting ceremony that kicked off the Amazon Synod. The images later reappeared inside a Carmelite church, where they were supposedly being used as part of “daily moments of spirituality.” It was from this venue that the statues were removed and tossed into the Tiber by irate Catholics, only to be fished out of the river and put to use again at other events during the Synod.

Regardless of the reasoning behind inclusion of the Pachamama in the Synod, it caused enormous controversy and scandal among the faithful, including priests and bishops. Father Mitch joined their ranks this past weekend when he decided to address the issue of the Pachamama statues in his latest show.

With his customary candor, he stated unequivocally that “the introduction of the statues of the Pachamama into the Synod on the Amazon is something that is a major scandal.”

He explained that the Pachamama is part of a hierarchy of deities that are worshiped by the Incans. This hierarchy consists of gods of the mountains who are the chief gods, followed by Pachamama, or mother earth, who is directly beneath them. Then there is Jesus, Mary and the saints, followed by the rest of us.

In other words, “They integrated Pachamama into a pseudo-Catholic view of the world, putting mountains and Pachamama ahead of Jesus and Mary and the rest of us,” Faher Pacwa explained. 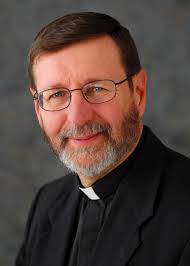 He went on to tell the story of his 1975 trip to Peru which was five years after the catastrophic Ancash earthquake struck the country. The quake, which registered 7.9 on the Richter scale, hit on May 31, 1970, which was the Feast of Corpus Christi.  It was so violent that it ripped off the northern wall of Mount Huascaran, causing an avalanche of glacial ice and rock to slide down into a lake. the avalanche displaced the water from the lake and sent a wall of mud and rock rolling down the mountain at 120 mph. Within seconds, the towns of Yungay and Ranrahirca – and their 24,000 residents – were completely buried. So deep was the mud that workers could never recover the bodies, which rendered the entire area into a mass graveyard.

“I went there. The only thing to survive was a statue of Jesus Christ at the local cemetery. It’s Christ with his arms stretched out. It’s still there. Still standing,” Father said.

The most amazing thing about this statue is that a few of the survivors – who just happened to have been enjoying a picnic on a hill overlooking the town when the disaster struck – wrote a very eerie epitaph on the base of the statue. “Such is the fate of those who worship Pachamama instead of the true Christ.”

Looking directly into the camera, Father Pacwa said, “The introduction of these statutes into the synod on the Amazon is something that is a scandal. We are forbidden to have idols. We are forbidden to worship other gods. And some officials tried a little dance of their own, saying, ‘well it’s a symbol of fertility and motherhood.’ Knock it off! We’re not stupid. We’re not! This is an idol.”

He continued: “You know, we talk about wolves in sheep’s clothing and bad fruit. The bishops’ conference of Italy has a mission office, and they published in there a prayer to the Mother Earth of the Inca peoples – the Pachamama.”

Quoting the prayer published by the mission office, it reads: “Pachamama of these places, drink and eat as much as you like of these offerings, so that this land may be fruitful. Pachamama, good Mother, be propitious!”

“Stop!” Fr. Pacwa said. “You’re talking about making an offering to a goddess that the people of the Andes put higher than Jesus and his blessed Mother. Jesus is the Son of God–God the Father, God the Holy Spirit are the only God, the one God in three persons. There is no other God!”

Hoping that the Italian bishops knew nothing about the publication of this prayer, Father Pacwa said it was probably some apparatchik in the Mission Office who thought, “Oh this is kind of cool. That kind of goofy, superficial, New Age-like thinking that goes back to the 1970s.”

“This is something that is unacceptable,” Father said.

“Here’s the choice,” Father Pacwa said. “Do you accept this idol, naked with the big breasts, or do you take a look at Our Lady of Mount Carmel, the mountain where the prophet Elijah destroyed the prophets of Baal and Astarte, the mother goddess of the Canaanite people?

“Do we accept from Our Lady the scapular she offers, or do we look to Pachamama to give her sacrifices, something we may not do to the Blessed Mother! We cannot offer her sacrifices! Sacrifices are offered to God and to God alone!” he continued.

He went on to suggest that we wear the brown scapular as a way of putting on the yoke of Christ.

“That will be a start of many other things we have to do to make sure that this nonsense stops now.”

Father Mitch addresses Pachamama at 31:38 in this video: