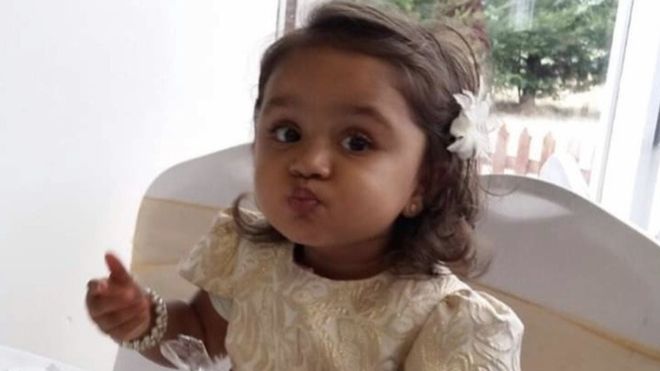 In a new case that could have resulted in another tragedy such as Charlie Gard and Alfie Evans, a UK court has permitted a gravely ill five-year-old girl to be transported to Italy for treatment.

Crux.com is reporting on the case of Tafida Raqeeb who remains in a coma after suffering a ruptured blood vessel in her brain in February. Doctors at the Royal London Hospital claimed further treatment was futile and recommended removal of her life support.

Her mother, solicitor Shelina Begum and her father, Mohammed Raqeeb, a construction consultant, decided to fight back and arranged funding to take their daughter to Italy for further treatment at Gaslini Children’s Hospital in Genoa. Gaslini agreed to take her with no danger of removal of life support until she was pronounced brain dead. The parents petitioned the High Court for permission to do so, arguing that Tafida was from a Muslim family and Islamic law says only God can make the decision to end a life.

Officials at Barts Health NHS Trust, which runs the hospital where Tafida is being treated, argued that ending Tafida’s life-support was in her best interests.

Thankfully, the court sided with the parents.

“The court’s decision is in stark contrast to what was decided in the case of Gard in 2017 and Evans in 2018,” Crux reports. “In both cases, the British courts ruled against parents trying to take their child abroad for further treatment against the judgement of hospital staff. Both children died without receiving the treatment requested by their families.”

Does this ruling mean that the law in England, which relies on a principle of “best interest”, could be changing?

Not for now, experts say.

“The parents of Tafida Raqeeb succeeded where those of Charlie Gard and Alfie Evans did not because the judge was satisfied that transporting her would not present any harm, and because there is precedent within England for other children in a similar situation to be kept alive on long-term ventilation,” Michael Wee, the Education and Research Officer at the Anscombe Bioethics Centre told Crux.

“The judge thought it was unlikely that she currently feels pain, and was aware that the natural history and prognosis of children with disorders of consciousness is less well-defined than in adults, placing some weight on the possibility that she might eventually be weaned off ventilation, as suggested by Italian doctors,” he explained.

The judge in this case “displayed an admirable sensitivity to the different kinds of benefit still available to Tafida in the case of continued life – that such a continuation would be consistent with the religious and cultural tenets by which she was raised, that she still has a minimal level of awareness and would therefore stand to gain from being cared for at home, which remains a possibility,” Wee said.

However, this should not be seen as a turning point in British jurisprudence and Catholics should be cautious about celebrating this judgment, he warned.

“The fundamental legal principles by which the Gard and Evans cases were decided have not really changed. The law still makes such decisions on the basis of a supposedly objective ‘best interests’ test, and does not give sufficient weight to parental authority,” Wee said.

In the best interest test, guidelines suggest life support can be withdrawn when a child is no longer able to enjoy the benefits of continued life, which invites a judgment on the worthwhileness of life with disability.

But there is hope on the horizon. The UK Parliament is about to take up debate on new legislation known as Charlie’s Law.

As Crux reports, this law “will offer mediation between medical staff and families to resolve disputes early in a child’s treatment, offer access to clinical ethics committees throughout specialist hospitals, and give parents access to medical information upon request so they can quickly seek a second medical opinion. Most importantly, it would change the legal principal in resolving disputes between doctors and parents from ‘best interest’ – which tends to tip the scales in the favor of the medical establishment – to a ‘significant harm’ test.”

In other words, if a reputable doctor or hospital is willing to provide treatment that would not significantly harm the child, the parents would be allowed to pursue it.

Bishop John Sherrington, the lead bishop for life issues for the Catholic Bishops’ Conference of England and Wales, welcomed the ruling.

“The heart-breaking illness of Tafida Raqeeb and the distress which the illness of a child causes parents touches the hearts of many people,” the bishop said. “I trust that all the medical professionals will cooperate to continue to give her the best possible care and appropriate treatment. Such international cooperation is essential good practice in the care of tragically difficult lives. I will keep these professionals in my prayers.

Tafida’s parents are arranging to transport their daughter to Italy as soon as possible.