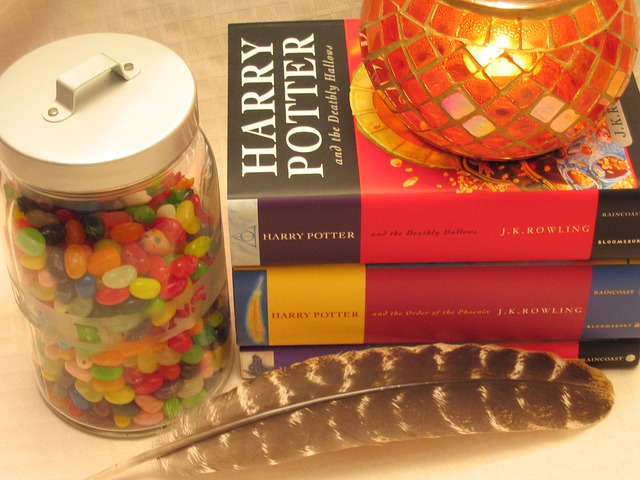 After consulting wit several exorcists, Rev. Daniel Reehil, pastor of St. Edward parish in Nashville, Tennessee, made the courageous decision to ban the enormously popular Harry Potter occult-fiction books from the school library. Instead of presenting all the facts about why he made this decision, the biased media is fueling Potter-fan outrage by keeping their reporting as shallow and nondescript as possible.

The story unfolded this summer when Father Reehil decided the books had to be removed from the school library.

“These books present magic as both good and evil, which is not true, but in fact a clever deception. The curses and spells used in the books are actual curses and spells; which when read by a human being risk conjuring evil spirits into the presence of the person reading the text,” Fr. Reehil said in an email sent to the faculty which was leaked to WTVF Channel 5 News.

He said the decision was made after consulting with several exorcists in the U.S. and Rome who recommended that he remove the books.

“The books use nefarious means to attain the goals of the characters, including the ‘good’ characters,” he wrote.

This has been a frequent criticism of the books, that Potter uses the same magic as the evil characters but uses them to bring about a good end, a scenario that turns the moral order on its head in the minds of young children.

“From a moral perspective, this is a serious problem, especially in the formation of young Catholic children,” Reehil writes, then goes on to explain Church teaching about how the end can never justify the means.

“Catholic moral theology teaches us that in order to attain a good thing, both the means and the desired end must be good. A morally good act requires the goodness of the object, of the end, and of the circumstances together. The Harry Potter books do not follow this premise; rather they promote a Machiavellian approach to achieve the ends they desire with whatever means are necessary.”

In addition, the books glorify acts of divination, of conjuring the dead, of casting spells “among other acts that are an offense to the virtue of religion – to the love and respect we owe to God alone.”

He adds: “Many reading these books could be persuaded to believe these acts are perfectly fine, even good or spiritually healthy.”

He includes quotes from the Catechism which support his position, and concludes by reminding faculty that “St. Edward is committed to advancing the Catholic faith and teaching the standards of sound doctrine to instill strong Catholic moral values. Books and other materials which present a possible threat to our faith will not be promoted by our church or school.”

Rebecca Hammel, the superintendent of schools for the Catholic Diocese of Nashville, confirmed to The Tennessean that the pastor did indeed remove the books following an inquiry from a parent who was wondering why the books were no longer available.

Even though the Church does not have an official position on the Potter books, Hammel said, in this situation, the school’s pastor does have the final say. 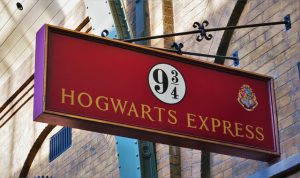 “Each pastor has canonical authority to make such decisions for his parish school,” Hammel said. “He’s well within his authority to act in that manner.”

Overall, she said the Catholic Church sees parents as their children’s primary teachers.

“Should parents deem that this or any other media to be appropriate we would hope that they would just guide their sons and daughters to understand the content through the lens of our faith,” Hammel said.

Even though there is nothing unreasonable or unfounded about this pastor’s decision, the media is stereotyping him as some kind of religious fanatic.

Typical of the press’ handling of this story is a report by Antonia Noori Farzan, writing for the Washington Post, who interviewed only people who were against Father Reehil’s decision. She couldn’t find even one person who agrees with Father Reehil? This seems hard to believe when you consider the fact that according to the American Library Association, the Potter books are the most challenged books of the 21st century. That being said, we can only wonder why a seasoned reporter like Farzon couldn’t find a single person who opposes Potter and supports Father Reehil’s decision to interview for her article. Perhaps she thinks Potter foes are so backward that they all live on remote islands with no access to phones or the internet but the more likely excuse is that their comments might ruin her narrative.

Typical of the liberal media, Farzan then resorts to character assassination by citing an “anonymous letter” from parents who “raised larger questions about the priest’s ‘fringe’ views” such as how he once told the congregation that Lady Gaga made a pact with the devil. Of course she neglects to mention the fact that Lady Gaga has made a lot of news herself for questionable comments about the devil.

Even more egregious is how Farzan and so many others in the media are totally ignoring the opposing argument about the Potter books which they are bending over backward not to present to the public. What they’re not reporting is how this view is largely centered on concerns about how the books desensitize people – and youth in particular – to the dangers of the occult. It’s a view that the mainstream media has had no trouble substantiating thanks to talkative witches and warlocks who praised the books for doing just that – making the public more sensitive to their “occupation.”

Those reports might prove just as embarrassing to the narrative as the decades-old research which found that 12 percent of teens who read the Potter books said they increased their interest in witchcraft – a number that translates into nearly three million youth. Surely this is far more worthy of a mention in a decent reporter’s story than an “anonymous letter” from a few parents.

Farzan’s article also claims that there is no evidence the spells used in the books are real, but again, had she consulted a few exorcists she might have found more than she bargained for.

But none of us are fooled by this game. We all know how it’s played. Any credible and  pertinent information pertaining to the pro-Christian side MUST be left out of the story because it doesn’t fit their bigoted narrative about “backward Christian fanatics.” Even worse, it risks presenting the public with too convincing an argument against the Potter books.

Instead, in an effort to bolster their arguments, many reporters such as Farzan resort to the least credible source of quotes for “their side” – social media – where there is no shortage of Potter fans willing to compete with one another to post the most clever smack-down of anyone who doesn’t approve of their “god,” aka Harry Potter.

The more one digs into this story, which is far deeper than what is being presented by the anti-Christian media, the more heroic Father Reehil appears. It’s not surprising that just after his signature line in his memo to faculty, he aptly quotes Joshua 1:9 which states: “Be strong and courageous. Do not be afraid; do not be discouraged for the Lord your God will be with you wherever you go.”

Fight on, good Father, we are with you too!

Take a moment to send Father Reehil a note thanking him for his courageous stand. fatherreehil@stedward.org

If you want to learn more about Harry Potter and the paganization of our culture, check out this Women of Grace® series with Michael O’Brien, Steve Wood and Vivian Dubro!