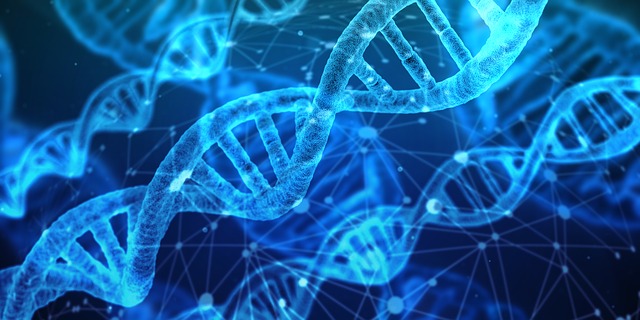 A major scientific study involving nearly a half million people, has found that there is no singular genetic marker for homosexuality – a result that experts say is the “nail in the coffin” of the belief that people with same-sex attraction are “born that way.”

According to Scientific American, the new study was led by Brenda Zietsch of the University of Queensland, Australia, and relied upon large genome data banks such as 23andMe and the UK Biobank. Researchers surveyed more than 477,000 participants about their sexual habits, fantasies, and the degree to which they identified as gay or straight.

Although researchers found five single points in the genome that seemed to be common among people who had at least one same-sex experience, these five markers explained less than one percent of the differences among people in the study.

“When the researchers looked at the overall genetic similarity of individuals who had had a same-sex experience, genetics seemed to account for between 8 and 25 percent of the behavior,” writes Sarah Reardon for Scientific American. “The rest was presumably a result of environmental or other biological influences.”

Eric Vilain, a geneticist at Children’s National Health System in Washington, DC, who was not involved in the study, called the study “the end of the ‘gay gene’.”

As the Catholic News Agency (CNA) reports, this study disputes what many in the LGBT movement have been saying for decades – that people with same-sex attraction are “born that way.”

This includes Father James Martin, SJ, author of Building a Bridge: How the Catholic Church and the LGBT Community Can Enter into a Relationship of Respect, Compassion, and Sensitivity, who said that “most reputable psychologists, psychiatrists, biologists, social scientists say that people are simply born this way.”

Commenting on the report, Martin told CNA that “the study shows that a variety of factors, including genetic factors, influence human sexuality.”

“For me, the most helpful quote came from a geneticist who was one of the lead researchers, who talked about how ‘natural’ homosexuality is,” Martin said, quoting Dr. Benjamin Neale of MIT.

“That seems to sum up the results of the study accurately,” said Martin. 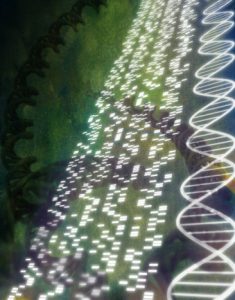 However, to be “natural” – which means to be ordinary, usual or normal – is not the same thing as being genetic or “born that way” which makes the results of this massive new study a potential game- changer.

Oxford University geneticist Melinda Mills noted that “Although they did find particular genetic loci associated with same-sex behavior, when they combine the effects of these loci together into one comprehensive score, the effects are so small, under 1%, that this genetic score cannot in any way be used to predict same-sex sexual behavior of an individual.”

Dr. Kevin Miller, assistant professor of theology at Franciscan University in Steubenville, Ohio, told CNA that the results are in accord with the Church’s existing teaching about homosexualtiy.

“The Catechism treats homosexuality in nos. 2357-2359. Early in this treatment we read that its ‘psychological genesis remains largely unexplained.’ The new study does not change this,” Miller said.

The study draws a distinction between people who engage in homosexual acts and those who identified as “gay” or “homosexual,” a distinction Miller noted was already central to the Church’s teachings.

While the Catechism teaches that homosexual acts are “intrinisically disordered,” and are considered immoral if acted upon, same-sex attraction is not the same thing. The desire or inclination itself is not “morally wrong,” Miller said, because a person does not choose to have an inclination or exercise their free will over having it.

On the other hand, all sexual acts are freely chosen, he continued. Even if a person has an interior disposition toward engaging in homosexual acts, they have the same freedom to pursue them or not as does a person inclined toward immoral acts with a person of the opposite sex.

Only sexual acts oriented by their nature to the possibility of procreation and set within marriage are “compatible with the essential moral virtue of chastity and – as St. John Paul II emphasized in both his pre-papal and papal writings – love,” he told CNA.

“Any others are – independent of the subjective dispositions of those who take part in them – objectively hedonistic and selfish, rather than authentically loving. Obviously there are many types of sexual acts that could fall into this category – homosexual acts are by no means the only type.”

In regard to the study, he said that the origin of a person’s sexual orientation, whether biological, environmental, or experiential, had no bearing on what the Church teaches about the morality of acting on a particular sexual urge.

“Even if it could be shown that a homosexual tendency or orientation is wholly biologically determined, this would not affect at all the logic underlying the Church’s teaching.”

According to Mills, the bottom line is that because this study found that genetic markers predicted less than one percent of same-sex behavior of individuals, “using these results for prediction, intervention, or a supposed ‘cure’ is wholly and unreservedly impossible.”

The study was published in the August 30th issue of Science.