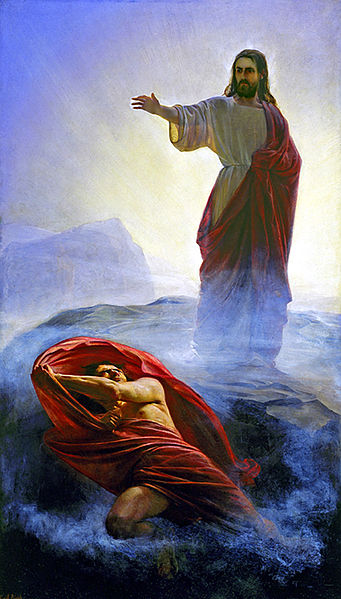 A statement by the superior general of the Society of Jesus, Father Arturo Sosa, SJ, that the devil “is not a person . . .” brought swift condemnation but gave the Church a valuable opportunity to teach the faithful about the nature of evil.

As has been widely reported, on August 21, Father Sosa told the Italian magazine, Tempi, that the devil “exists as the personification of evil in different structures, but not in persons, because is not a person, is a way of acting evil. He is not a person like a human person. It is a way of evil to be present in human life.”

He continued: “Good and evil are in a permanent war in the human conscience and we have ways to point them out. We recognize God as good, fully good. Symbols are part of reality, and the devil exists as a symbolic reality, not as a personal reality,” he added.

This was no slip-of-the-tongue for Sosa. In 2017, he told El Mundo that “we have formed symbolic figures such as the Devil to express evil.”

Sosa’s misrepresentation of evil is not only dangerous, but in direct opposition to Church teaching on the devil.

For example, the Catechism teaches that angels are “spiritual, non-corporeal beings” (CCC No. 328). It goes on to teach that “Satan was at first a good angel, made by God: ‘The devil and the other demons were indeed created naturally good by God, but they became evil by their own doing’.” (CCC No. 391).

Jesus contended with demons throughout the Gospels, from sparring with a demon in the desert to casting them out of numerous afflicted souls during His ministry. To insinuate that the devil is merely a “concept” or “symbol” could be viewed as a rebuke against Christ Himself.

This clearly explains why the Church has always taught that the devil is a being, not an idea. Pope Paul VI was particularly eloquent on this subject while speaking about demons during a general audience on November 15, 1972.

“Evil is no longer just a deficiency, but a living, spiritual, perverted and perverted being. Terrible reality. Mysterious and fearful . . .” he said.

He called the devil “the number one enemy, he is the tempter par excellence. We know that this dark and disturbing being really exists.”

He goes on to say that anyone who does not believe in this reality “goes out from the framework of the biblical and ecclesiastical teaching.”

The International Association of Exorcists (IAE) wasted no time issuing a scathing rebuke of Sosa, calling his statements “grave and confusing” and in need of “doctrinal clarifications.”

In their statement, they cite the Fourth Lateran Council teaching on angels and demons which implies a binding adhesion of faith. “The position of Abascal [Sosa], therefore, is placed outside the ordinary and extraordinary-solemn magisterium,” the IAE states.

Pope Francis has been particularly outspoken on the subject of the devil during his pontificate. As the IAE recounts, the pope has often spoken about the fight against the devil which is not a struggle with worldly mentality or personal inclinations toward sin, but one which refers to a struggle against a real being who is “the prince of evil.”

“The Pope explains that in the times of Jesus one could understand a disease, such as epilepsy, as a demonic action, however it must be recognized that Jesus made multiple liberations of the obsessed. The diabolical action confirms the real existence of the devil and his constant presence, from the beginning of creation, as shown in the first pages of the Scriptures, in reference to the genesis story of the serpent’s seduction of the first human couple, Adam and Eve. Therefore it cannot be maintained that ‘the devil does not exist or does not act’,” the IAE states.

“The pontiff says that Jesus himself, when he taught the disciples the prayer of the [Our Father], he asked as the last request to be freed from evil: The expression that is used there does not refer to evil in the abstract, but properly and concretely indicates the Evil One, which is a personal being . . .”

The IAE statement also reminds about Pope Francis’ warnings regarding the spread of errors about the figure of Satan.

“’We do not think therefore that it is a myth, a representation, a symbol, a figure or an idea. This deception leads us to lower our guard, to neglect and remain more exposed,” the pope said.

“The statement is clear and does not admit doubts or discussions about the real existence of Satan,” the IAE concludes. “It is part of the doctrine of the Church which must be accepted and believed. If one denies this truth, the pope continues, one easily falls under the clutches of the devil, who ‘as a roaring lion goes around looking for someone to devour’ (1 Pt 5: 8).”

They conclude their statement by reporting on the Presentation of the Italian version of the new Rite of Exorcisms, promulgated by the Holy See on November 22nd 1998 which states:

“The disciple of Christ, in the light of the Gospel and the teaching of the Church, believes that the Evil One and the demons exist and act in the personal and community history of men. The Gospel, in fact, describes the work of Jesus as a struggle against Satan (cf. Mk 1, 23-28; 32-34; 39; 3, 22-30 and passim). Even the life of his disciples entails a battle that ‘is not against creatures made of flesh and blood, but against the principalities and powers, against the rulers of this world of darkness, against the spirits of evil (Eph 6, 12)’.”

Without question, Father Sosa is in error and is in need of our prayers.