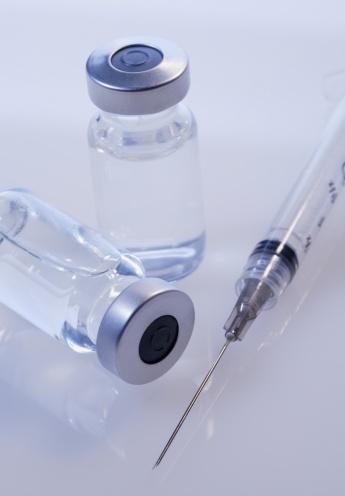 LS writes: “I was tested for heavy metals and have high lead. I went to an introspective/medical doctor. He was to do IV chelation therapy with a medicine to bind the heavy metals and to discreet them through the bowels and kidneys. He said it would help my immune system since I have a low immune system from cancer and chemo I had and many other issues. But I don’t know if it is okay to do through the Catholic Church teachings and I went on WebMD and it said it is acceptable but it can also take out many minerals that your body needs like calcium and magnesium etc.”

Although we are unable to offer any medical advice, we can say that chelation therapy, if used for its intended purpose, is not New Age and not against the teachings of the Church.

For those who have never heard of it, chelation therapy is used in the treatment of heavy metal poisoning from iron, mercury, arsenic, and lead. People with high levels of these metals are treated with drugs called “chelators” which bind to the metals in the blood-stream and carry them out of the body.

According to Poison Control: The National Capital Poison Center, approved chelating drugs in the U.S. include succimer, dimercaprol (BAL), edetate calcium disodium, deferoxamine, and penicillamine (complete list can be found here). They are given only for diagnosed metal toxicity.

The use of these drugs for poison-control is not without dangers, however. They can have serious side effects which is why their use is limited to only a few medical conditions involving heavy metal toxicity. Because they are non-specific, they can bind even essential “trace” minerals in the body such as copper and zinc and even calcium, which can then cause symptoms related to deficiencies in these minerals.

“Even though there are limited approved indications for the use of chelators, they are often advertised as treatments for numerous other conditions. Many of these expensive, lengthy ‘treatments’ are administered directly into the bloodstream (intravenous, IV) in an office setting. Others are advertised for use at home,” the Center reports.

These other uses include treating damaged arteries, curing or improving autism symptoms, preventing or curing neurodegenerative conditions such as Alzehimer’s – even though there is little or no evidence that it works for any of these conditions.

“Unapproved uses of chelation therapy have resulted in harm, even death. This is an unacceptable risk in the absence of proven benefit. Several unapproved ‘chelators’ are marketed for home use. The U.S. Food and Drug Administration (FDA) recently warned several companies that they are breaking the law by marketing such ‘therapies’. FDA noted that all approved chelating drugs require a prescription,” the Center warns.

The Center reports just a few of the tragedies that have occurred by the misuse of chelation therapy, such as the death of a five-year-old boy with autism who died after being inappropriately treated in a doctor’s office with a chelating drug. A 53-year-old woman also died after being inappropriately treated with chelation therapy by a naturopath.

Abuses of chelation therapy are not uncommon. In this summary by the National Institutes of Health, chelators, which are typically dispensed by prescription, are also available through compounding pharmacies and directly over the internet.

“National Health Statistics data suggest that more than 100,000 Americans may receive chelation each year, although far fewer than 1% of these cases are managed by medical toxicologists. Finally, chelation therapy appears to be prominently promoted by some of the alternative and complementary medicine societies, raising concern about the validity of both diagnosis and treatment of heavy metal poisoning in the USA.”

The appropriate use of chelation therapy is fine for Catholics; however, when it is used to treat a life-threatening health condition for which there is no scientific support of efficacy, it is against the teachings of the Church and should be avoided.