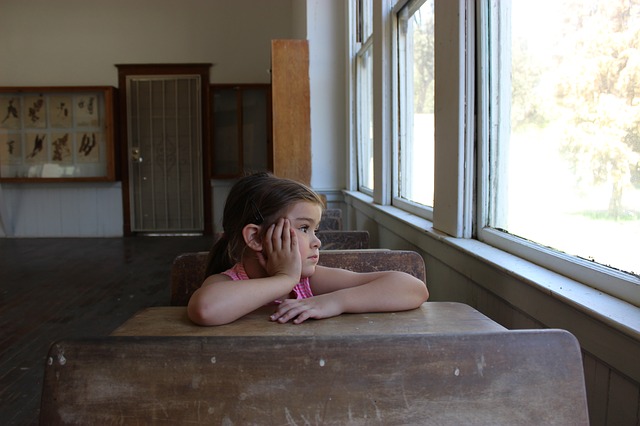 The parents of a first-grade Canadian student who was left so disturbed by the school’s teachings about gender identity her parents have been forced, due to inaction by the local school board, to appeal to the Human Rights Tribunal for relief.

According to Barbara Kay of The Post Millennial, Jason and Pamela Buffone enrolled their six-year-old daughter, known only as “N”, at Devonshire Community Public School in Ontario, Canada where a teacher showed the class a YouTube video as part of the lesson plan on gender. The video was entitled, “He, She and They?!? – Gender: Queer Kid Stuff #2” and contained statements such as “some people aren’t boys or girls.”

Confused and disturbed by the video, “N” came home and said that her teacher, known only as “JB”, told them that “there is no such thing as girls and boys” and that “girls are not real and boys are not real.”

As Kay reports, “By mid-March, N’s parents could see the lessons were having an impact on their daughter, as she began spontaneously and repeatedly asking them why her identity as a girl was ‘not real.’ She asked if she could ‘go to a doctor’ about the fact that she was a girl. She said she was ‘not sure if she wanted to be a mommy’.”

The Buffones became increasingly alarmed by their daughter’s confusion, especially because she had never exhibited any discontent about her gender before.

After receiving no help from JB, they tried the school principal, Julie Derbyshire, who explained that the teacher introduced the lesson to accommodate another first-grader who “expressed interest in self-expression as the opposite sex.”

As Kay later learned, a first grader was indeed showing signs of gender dysphoria and was being teased on that account, but the child’s parents did not want the issue to be addressed with lessons on gender. They simply wanted the children taught how to be respectful and refrain from bullying.

Even after learning about N’s disturbance by the gender teaching, the principal did not offer to consult with the school’s “gender specialist” about offering affirmation of gender to non-questioning students like N. 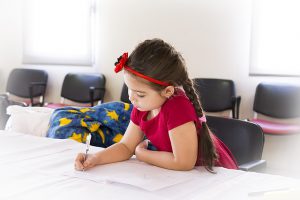 Next, the parents went to the Superintendent of the School Board where they received no help whatsoever. According to the complaint they eventually filed with the Human Rights Tribunal, “The School Board did not agree to communicate with parents when sensitive discussions took place, nor did they agree to issue any directive or take corrective action in order to ensure that children of female gender identity were positively affirmed.”

The Buffones removed their daughter from Devonshire Elementary and she is now thriving in another school where she claims to be happy because she does not have a teacher who says “girls are not real.”

As Kay writes, stories about school children and gender identity normally involve a child who is struggling with gender dysphoria and school systems who are bending over backward to accommodate them. In the Buffone’s case, it’s about a student who was genuinely upset by teachings about gender fluidity and whose concerns were summarily dismissed by educators who are so busy accommodating the few that they fail the many.

As Kay correctly states, there was no reason why this situation had to end up at a human rights tribunal.

“It wasn’t, after all, an either-or choice, and a little compromise on the part of JB and her superiors would easily have defused the situation, and alleviated the Buffones’ concern. Why couldn’t JB have explained that discomfort with one’s gender identity does occur, but rarely (fact); that it is often a passing phase (fact); that non-conforming dress and play preferences in childhood are normal and only infrequently indicative of deep or lasting dissatisfaction with one’s biological sex (fact); that most children stop having these doubts when they are teenagers (fact); most important, that almost all children are perfectly happy being exactly what they are (fact) and those children should not worry that they are not ‘real’ boys or girls. Where was the difficulty in saying these things? N would have been reassured, and the one child in the class who was experiencing gender confusion would not have been adversely affected.”

It would seem as if this was a far more realistic – and intelligent – way to deal with the situation.

As a result, the Buffones filed an application with the Human Rights Tribunal saying that the teacher “subjected N to ongoing discrimination on the basis of gender and gender identity, by a series of lessons that denied the existence of the female gender and biological sex and undermined the value of identifying as a female.”; ii) “The Principal and School Board perpetuated and reinforced the discrimination that N experienced in her Grade One classroom, as neither Ms. Derbyshire nor any school board official took any corrective action to remedy it.”

“Our government seems to have given teachers carte blanche in terms of how they teach this concept [of gender identity],” Mrs. Buffone told Kay. “If this is an example of how it can be taught, I think it’s in the public interest for the HRTO to weigh in on it. Teachers are providing a public service and have a duty of care to all of their students, just as the HRTO has a responsibility to all of Ontarians. I think this case is a good example of why we need to set ideology aside when dealing with human rights.”

We can only pray that the Buffones win their case and allow an important precedent to be set that will bring about a more rational way to handle the subject of gender confusion – without causing even more confusion.